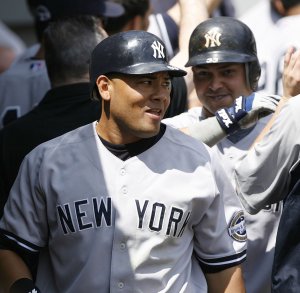 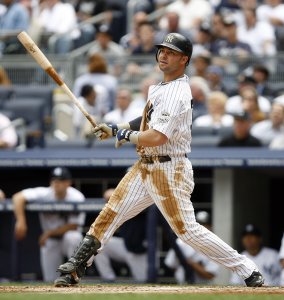 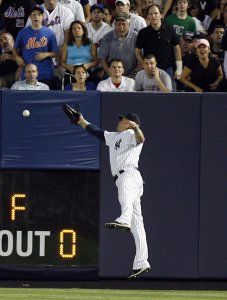 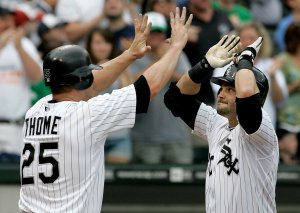 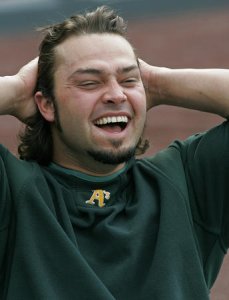 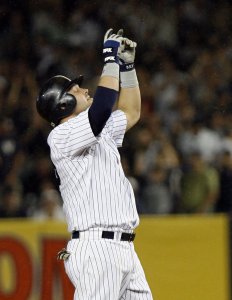 MLB // 2 years ago
Yankees, A's continue pivotal series
OAKLAND, Calif. -- Two guys thrust into the middle of a playoff race will go head-to-head in a high-stakes matchup when the New York Yankees and Oakland Athletics continue a three-game series on Tuesday night.

MLB // 3 years ago
Nick Swisher officially retires
Nick Swisher won't be returning the major leagues this year or in the future.

MLB // 3 years ago
Nick Swisher, Alex Rodriguez returning to New York Yankees
With 15 All-Star appearances, three MVP awards, and a couple of World Series rings between them, it wouldn't hurt the New York Yankees to add their experience. 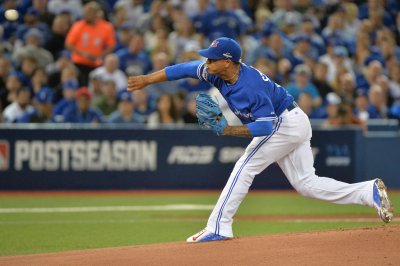 Nicholas Thompson "Nick" Swisher (born November 25, 1980) is an outfielder for the New York Yankees. Swisher is a switch hitter who throws left-handed.

He is the son of former major league catcher Steve Swisher, who played for various National League baseball clubs in the 1970s and 1980s. Swisher was born in Columbus, Ohio, but grew up in Parkersburg, West Virginia. Prior to his career in the Major Leagues, Swisher played his collegiate ball for the Ohio State Buckeyes.

Nick Swisher is the son of Steve Swisher, a former major leaguer of German descent, and an Italian mother. Swisher's parents divorced when he was 11 years old. He then went to live with his grandparents, who cared for him throughout his teenage years. He has said many times that his grandmother was the closest person to him and because of her, he has a great life and career in baseball. Swisher honors his grandparents, who have passed away, by looking up at the sky before every single pitch.

FULL ARTICLE AT WIKIPEDIA.ORG
This article is licensed under the GNU Free Documentation License.
It uses material from the Wikipedia article "Nick Swisher."
Back to Article
/