U.S. News // 11 months ago
Analysis shows COVID-19 has altered how, where Americans go online
Much like what's been seen in the brick-and-mortar economy, the coronavirus pandemic is producing clear winners and losers online, according to an analysis of web traffic in the United States.

U.S. News // 11 months ago
Stein Mart bankrupt, may close all U.S. stores
Discount retailer Stein Mart announced Wednesday it's filed for bankruptcy and plans to close most or all of its stores in the United States.

U.S. News // 1 year ago
GNC declares bankruptcy, will close hundreds of stores
Bankruptcy will force health chain GNC to close as many as one-sixth of its stores worldwide, the company has said. 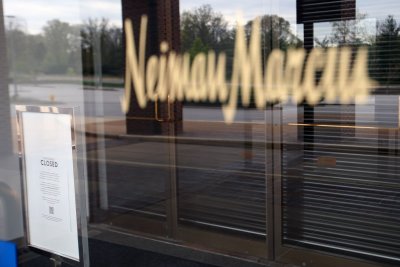 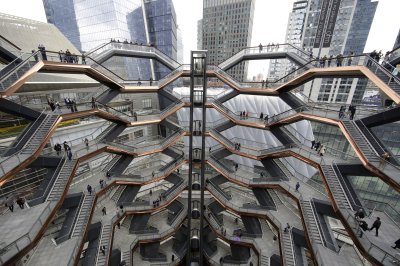 For our customers, the arrival of The Neiman Marcus Christmas Book marks the official start of the holiday season

For our customers, the arrival of The Neiman Marcus Christmas Book marks the official start of the holiday season

Herbert Marcus, Sr., a former buyer with Dallas' Sanger Brothers department store, had left his previous job to found a new business with his sister Carrie Marcus Neiman and her husband, A. L. Neiman, then employees of Sanger Brothers competitor A. Harris and Co.. In 1907 the trio found themselves with $25,000 from the successful sales-promotion firm they had built in Atlanta, Georgia, and two potential investments into which to invest the funds. Opting to reject the unknown "sugary soda pop business," the three entrepreneurs chose instead to return to Dallas to found a retail business rather than take a chance on the fledgling Coca-Cola company. For this reason, early company CEO Stanley Marcus was quoted in 1957 as saying in jest that Neiman Marcus was "founded on bad business judgment." The store, established on September 10, 1907, was lavishly furnished and stocked with clothing of a quality that was not commonly found in Texas. Within a few weeks, the store's initial inventory, mostly acquired on a buying trip to New York made by Carrie, was completely sold out. Oil-rich Texans, welcoming the opportunity to flaunt their wealth in more sophisticated fashion than was previously possible, flocked to the new store. In spite of a nationwide financial panic set off only a few weeks after its opening, Neiman Marcus was instantly successful, and its first several years of operation were quite profitable.

In 1914 a fire destroyed the Neiman Marcus store and all of its merchandise. A temporary store was set up and opened in 17 days. By the end of 1914, Neiman Marcus opened in its new, permanent location at the corner of Main Street and Ervay Street. With the opening of the flagship Neiman Marcus Building, the store increased its product selection to include accessories, lingerie, and children's clothing, as well as expanding the women's apparel department. In its first year at the new building, Neiman Marcus recorded a profit of $40,000 on sales of $700,000, nearly twice the totals reached in its last year at the original location.

FULL ARTICLE AT WIKIPEDIA.ORG
This article is licensed under the GNU Free Documentation License.
It uses material from the Wikipedia article "Neiman Marcus."
Back to Article
/