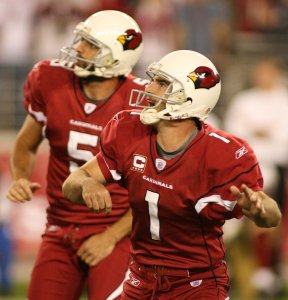 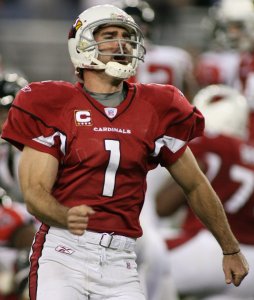 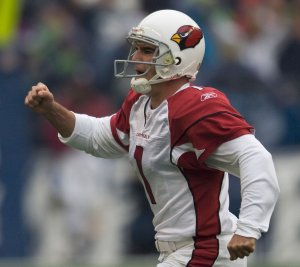 Neil William Rackers (born August 16, 1976 in Florissant, Missouri) is an American football placekicker for the Houston Texans of the National Football League. He was drafted by the Cincinnati Bengals in the sixth round of the 2000 NFL Draft. He played college football at Illinois.

Rackers has also played for the Arizona Cardinals.

FULL ARTICLE AT WIKIPEDIA.ORG
This article is licensed under the GNU Free Documentation License.
It uses material from the Wikipedia article "Neil Rackers."
Back to Article
/