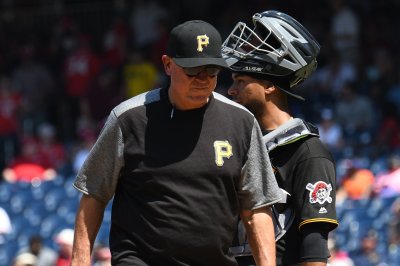 MLB // 2 years ago
Pirates seek important win vs. Reds
With three games remaining against the Cincinnati Reds, the Pittsburgh Pirates need one more victory to achieve something of a franchise milestone.

MLB // 2 years ago
Cubs want to keep focus while Pirates hope to play spoiler
When Cole Hamels joined the Chicago Cubs earlier this season, the veteran starter didn't expect he would take on such a vital role.

MLB // 2 years ago
Archer to make debut for Pirates vs. Cardinals
The Pittsburgh Pirates beat out other teams to land right-hander Chris Archer at the non-waiver trade deadline Tuesday, and now they will get to see him in action.

MLB // 2 years ago
Chicago Cubs aiming to keep slim NL Central lead
For the Chicago Cubs, one of the benefits of leading the National League and being way over .500 is a lack of tension over Tuesday's non-waiver trade deadline. 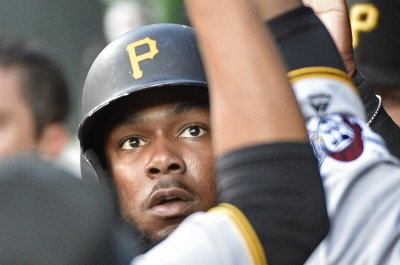 The good news is this is something we caught early

Akinori Iwamura brings to the Pittsburgh Pirates solid attributes offensively, defensively, on the base paths and in the club house. He is a good athlete with above-average speed and is a tough out with a solid career on-base percentage

Neal Huntington (born 1969) is the 12th person to serve as General Manager of the Pittsburgh Pirates Major League Baseball organization. He was named to the position on September 25, 2007 by new Pirates President Frank Coonelly.

A native of Amherst, New Hampshire, Huntington is a graduate of Milford A.R.E.A. Senior High and Amherst College, where he earned a Bachelor of Arts degree with a major in psychology in 1991. At Amherst, Huntington played baseball for four years; he was named a Division III second-team All-American first baseman and first-team All New England first baseman after his senior season. He earned a Master's Degree in sport management from the University of Massachusetts, Amherst.

FULL ARTICLE AT WIKIPEDIA.ORG
This article is licensed under the GNU Free Documentation License.
It uses material from the Wikipedia article "Neal Huntington."
Back to Article
/