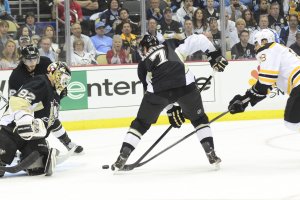 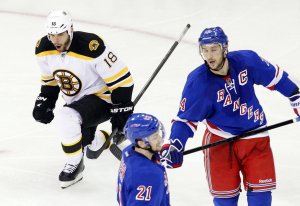 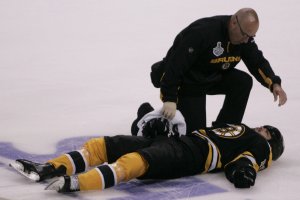 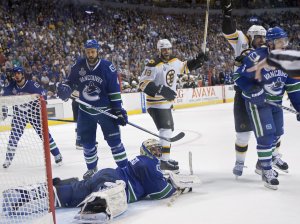 Nathan Horton (born May 29, 1985) is a Canadian professional ice hockey winger who currently plays for the Boston Bruins of the National Hockey League (NHL). During his career, Horton has also played for the Florida Panthers, the Thorold Blackhawks of the Golden Horseshoe Junior Hockey League (GHJHL), the Oshawa Generals of the Ontario Hockey League (OHL) and the San Antonio Rampage of the American Hockey League (AHL).

During his only season with Thorold he played in 41 games, scoring 16 goals and 31 assists. With Oshawa he scored 64 goals and recorded 71 assists for his career. Following his time with Oshawa, Horton was drafted by the Florida Panthers and spent his first professional season playing for the team. However, during what would be his second season, the NHL cancelled the season which caused Horton to find another team to play for. Instead of going to Europe as many other NHL players had, he joined the Panthers' AHL affiliate, the San Antonio Rampage. In an injury shortened season, Horton played in 21 games for the Rampage scoring 5 goals and recording 4 assists.

Horton grew up in Dunnville, Ontario playing much of his minor hockey with the Welland Tigers of the OMHA South Central AAA League before graduating to the Thorold Blackhawks Jr.B. club of the OHA's Golden Horseshoe League. For much of his career with Welland, Horton played up on the "'84" Tigers team with future NHL'ers Dan Girardi, Daniel Paille (current Bruins teammate) and Andre Deveaux.

FULL ARTICLE AT WIKIPEDIA.ORG
This article is licensed under the GNU Free Documentation License.
It uses material from the Wikipedia article "Nathan Horton."