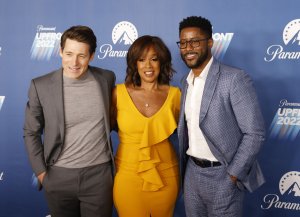 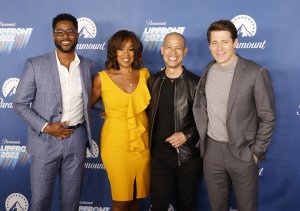 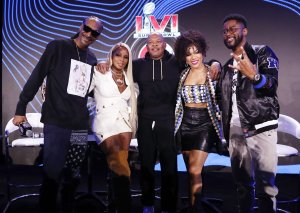 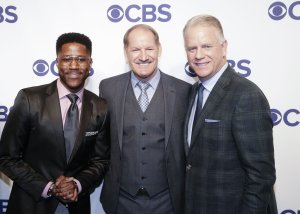 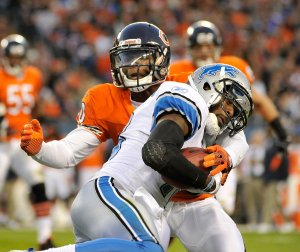 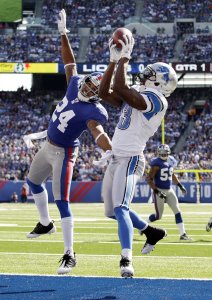 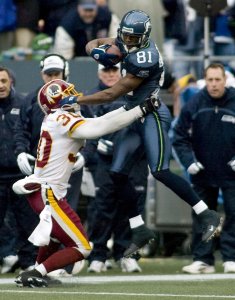 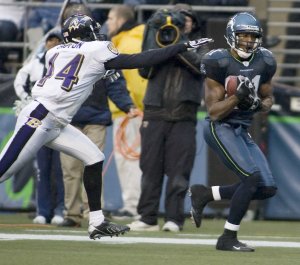 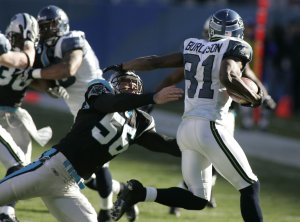 TV // 2 years ago
'View,' 'Ellen,' 'Jeopardy!' and 'Y&R' win Daytime Emmys
"The View" and "The Ellen DeGeneres Show" were among the winners at the Daytime Emmy Awards' virtual prize presentation Friday.

NFL // 4 years ago
Dez Bryant on playing with Giants: "That'd be crazy"
Wide receiver Dez Bryant made his intentions known that he'd like to play in the NFC East shortly after being released by the Dallas Cowboys last week.

NFL // 4 years ago
2018 NFL Combine exclusive: Top 25 results of century
Two records were set in dramatic fashion and several prospects etched their names among the best performances of the century during the NFL Scouting combine.

Nathaniel Burleson (born August 19, 1981) is an American football player, who currently plays wide receiver for the Detroit Lions of the National Football League (NFL). Burleson played college football for the University of Nevada Wolf Pack, and was drafted by the Minnesota Vikings in the third round of the 2003 NFL Draft.

Burleson was born in Calgary, Alberta, Canada. At the time his father, Alvin Burleson, was playing defensive back for the Calgary Stampeders of the Canadian Football League (CFL). He was born into a prolific and tight-knit sporting family. His oldest brother, Alvin Jr., played college football for the University of Washington Huskies and the Western Illinois University Leathernecks. Another older brother, Kevin, plays professional basketball and was formerly a point guard for the Charlotte Bobcats of the National Basketball League (NBA). His younger brother Lyndale played college basketball for the University of Nevada Wolf Pack. Kevin and Nate Burleson are one of only two sibling duos in which one brother played in the NBA while the other played in the NFL. As a mark of his father's influence, Nate Burleson's jersey number on the Seattle Seahawks, 81, was his father's high school number.

FULL ARTICLE AT WIKIPEDIA.ORG
This article is licensed under the GNU Free Documentation License.
It uses material from the Wikipedia article "Nate Burleson."