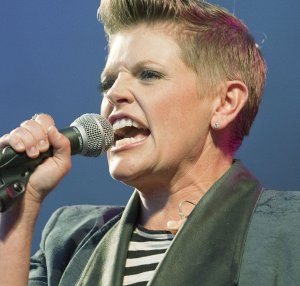 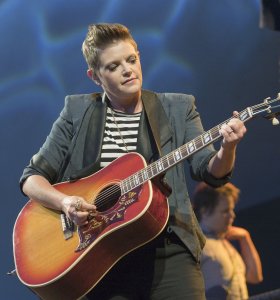 Music // 1 year ago
Luke Bryan on 'aftermath' of Lady A name change: 'What a mess'
Luke Bryan weighed in on Lady Antebellum changing its name to Lady A and the group subsequently suing singer Anita White.

Entertainment News // 1 year ago
The Chicks: Lady A lawsuit 'goes against the point' of name change
The Chicks, formerly known as The Dixie Chicks, weighed in on the band Lady A suing blues singer Anita White.

TV // 1 year ago
The Chicks explain name change: 'It was about time'
The Chicks appeared on "The Late Show with Stephen Colbert" to discuss why they dropped Dixie from their name.

Top News // 5 years ago
The Almanac
On Oct. 14, 1912, former President Theodore Roosevelt, campaigning for a return to office, was shot during a campaign stop in Milwaukee. He refused to have the wound treated until he finished his speech.

It makes me scared, because this could happen to any of us

Natalie Louise Maines Pasdar (born October 14, 1974) is an American singer-songwriter who achieved success as the lead vocalist for the female alternative country band, the Dixie Chicks. Born in Lubbock, Texas, Maines considers herself a rebel who "loved not thinking in the way I knew the majority of people thought."

In 1995, after leaving Berklee College of Music, Maines was recruited by the Dixie Chicks to replace their lead singer, Laura Lynch. With Maines as lead vocalist, the band earned 10 Country Music Association Awards and 13 Grammy Awards for their work between 1998 and 2007.

On the eve of the Iraq invasion, while in concert in London for the 2003 Top of the World Tour, Maines commented that the Dixie Chicks were "...ashamed the President of the United States is from Texas." Negative public reaction in the United States to this comment resulted in boycotts by country music radio stations and death threats.

FULL ARTICLE AT WIKIPEDIA.ORG
This article is licensed under the GNU Free Documentation License.
It uses material from the Wikipedia article "Natalie Maines."