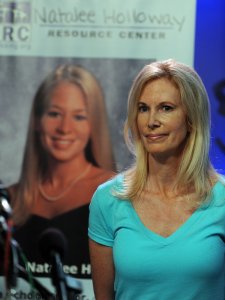 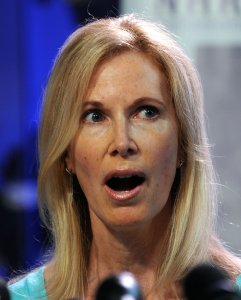 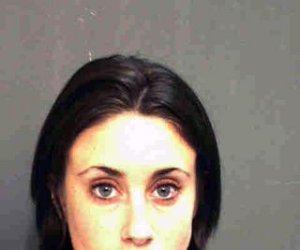 Natalee Ann Holloway (born October 21, 1986) disappeared on May 30, 2005, during a high school graduation trip to Aruba, a Caribbean country within the Kingdom of the Netherlands. An American student from Mountain Brook, Alabama, Holloway graduated from Mountain Brook High School on May 24, 2005, shortly before the trip. Her disappearance caused a media sensation in the United States.

Holloway was scheduled to fly home later on May 30, but failed to appear for her flight. She was last seen by her classmates outside Carlos'n Charlie's, a Caribbean chain restaurant and nightclub in Oranjestad, in a car with locals Joran van der Sloot and brothers Deepak and Satish Kalpoe. When questioned, the three men said they dropped her off at her hotel and denied knowing what became of Holloway. Upon further investigation by authorities, Van der Sloot was arrested twice on suspicion of involvement in her disappearance and the Kalpoes were each arrested three times. Due to lack of evidence the three men were released without charge after each arrest.

With the help of hundreds of volunteers, Aruban investigators conducted an extensive search for Holloway. Special Agents from the FBI, fifty Dutch soldiers and three specially equipped Dutch Air Force F-16 aircraft participated in the search. In addition to the ground search, divers examined the ocean floor for evidence of Holloway's body. The searches were unsuccessful, and according to Aruban authorities she is most likely dead. On December 18, 2007, Aruban prosecutors announced that the case would be closed without any charges sought against the former suspects. The Aruban prosecutor's office reopened the case on February 1, 2008, after receiving video footage of Joran van der Sloot, under the influence of marijuana, making statements that Holloway died on the morning of May 30, 2005, and that he disposed of her body. Van der Sloot later denied that what he said was true, and subsequently gave Greta Van Susteren an interview (the contents of which he later retracted) in which he stated that he sold Holloway into sexual slavery.

FULL ARTICLE AT WIKIPEDIA.ORG
This article is licensed under the GNU Free Documentation License.
It uses material from the Wikipedia article "Natalee Holloway."
Back to Article
/