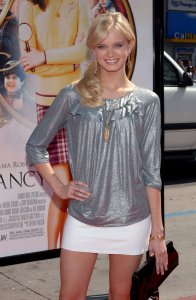 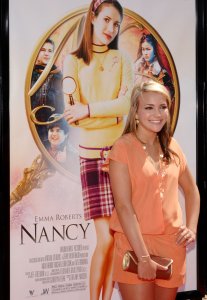 Movies // 9 months ago
344 films eligible for Oscar consideration
The Academy of Motion Picture Arts and Sciences announced that 344 movies have been deemed worthy of consideration for the 2019 Academy Awards or Oscars.

Movies // 1 year ago
Sam Trammell: 'Breakthrough' an 'inspiring, heartwarming story'
"True Blood" and "The Fault in Our Stars" alum Sam Trammell hopes his new film, "Breakthrough," offers a ray of hope to people in a divisive time.

TV // 1 year ago
The CW renews 'Charmed,' 'Riverdale,' 'Supernatural'
The CW has announced the renewals of 10 of its dramas.

TV // 1 year ago
'Jane the Virgin,' 'Riverdale' spinoff pilots ordered by The CW
The CW has ordered pilots based on "Jane the Virgin" and Archie Comics drama series "Riverdale."

Movies // 2 years ago
Sophia Lillis starts work on 'Nancy Drew' in Georgia
Principal photography has begun in Georgia on "Nancy Drew and the Hidden Staircase," a film starring Sophia Lillis.

Nancy Drew is a fictional young amateur detective in various mystery series for children and teens. Created by Edward Stratemeyer, founder of the Stratemeyer Syndicate book packaging firm, the character first appeared in 1930. The books have been ghostwritten by a number of authors and are published under the collective pseudonym Carolyn Keene.

Over the decades the character has evolved in response to changes in American culture and tastes. The books were extensively revised, beginning in 1959, largely to eliminate racist stereotypes; many scholars claim that in the process the heroine's original, outspoken character was toned down and made more docile, conventional, and demure. In the 1980s a new series was created, the Nancy Drew Files, which featured an older and more professional Nancy as well as romantic plots. In 2004 the original Nancy Drew Mystery Stories series begun in 1930 was ended and a new series, Girl Detective, was launched, with an updated version of the character who drives a hybrid electric vehicle and uses a cell phone. Illustrations of the character have also evolved over time, from portrayals of a fearless, active young woman to a fearful or passive one.

Through all these changes, the character has proved continuously popular world-wide: at least 80 million copies of the books have been sold, and the books have been translated into over two dozen languages. Nancy Drew has featured in five films, two television shows, and a number of popular computer games; she also appears in a variety of merchandise sold over the world.

FULL ARTICLE AT WIKIPEDIA.ORG
This article is licensed under the GNU Free Documentation License.
It uses material from the Wikipedia article "Nancy Drew."
Back to Article
/