Odd News // 1 month ago
South African woman gives birth to decuplets
A South Africa woman who was expecting eight babies is believed to be a new record holder after she gave birth to 10 infants.

Top News // 4 years ago
The Almanac
On Jan. 26, 1998, in response to allegations that he had an affair with former White House intern Monica Lewinsky, U.S. President Bill Clinton declared, "I did not have sexual relations with that woman."

Top News // 5 years ago
The Almanac
On Jan. 26, 1950, India ceased to be a British dominion and became the Republic of India, the most populous democracy in the world. 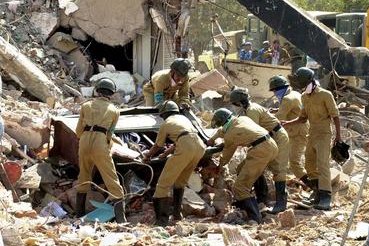 I coerced him into helping me every year.... The more kids I had, the stronger connection I had with him, and I couldn't even imagine anyone else, and he knew that

I screwed my life up, I screwed up my kids' life

I just longed for certain connections and attachments with another person that I really lacked, I believe, growing up

To clarify a comment I erred in making to a Los Angeles Times reporter, there was no payment of any sort by the NBC network to our client, Nadya Suleman, for her interview with Ann Curry

She did not seek to have more children. She thought she was gonna have one more child, and it did not happen

Nadya Denise Doud-Suleman (born Natalie Denise Suleman; July 11, 1975), known as Octomom in the media, is an American woman who came to international attention when she gave birth to octuplets in January 2009. The Suleman octuplets are only the second full set of octuplets to be born alive in the United States. One week after their birth, they surpassed the previous worldwide survival rate for a complete set of octuplets set by the Chukwu octuplets in 1998. The circumstances of their high order multiple birth have led to controversy in the field of assisted reproductive technology as well as an investigation by the Medical Board of California of the fertility specialist involved. Public reaction turned negative when it was discovered that the single mother already had six other young children and was unemployed and on public assistance programs. She denies ever having used public assistance. She conceived the octuplets and her six older children via in vitro fertilization (IVF).

Suleman was born in Fullerton, California. She is the only child of Angela Victoria (born 1940) and Assyrian Iraqi American Edward Doud Suleman (born 1942). Her parents married in Las Vegas in 1974, and divorced in 1990.

After graduating from Nogales High School in 1993, she held a psychiatric technician license, and worked as a psychiatric technician at Metropolitan State Hospital, where her back was injured while at work. She attended California State University, Fullerton (CSUF) and received a Bachelor of Science degree in child and adolescent development in 2006. Suleman returned to CSUF to pursue a master's degree in counseling, leaving the program in 2008.

FULL ARTICLE AT WIKIPEDIA.ORG
This article is licensed under the GNU Free Documentation License.
It uses material from the Wikipedia article "Nadya Suleman."
Back to Article
/