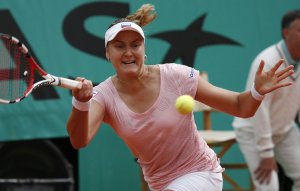 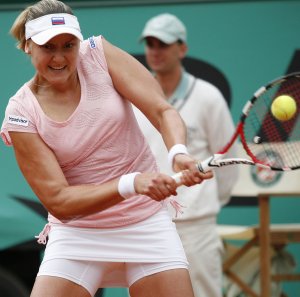 It's a great win, especially since I wasn't feeling 100 percent

We were both getting a little tight at the end

Petrova was born in Moscow. Her parents were both very athletic – her father Viktor was a leading hammer thrower, while her mother Nadezhda Ilyina won a bronze medal at the 1976 Montreal Olympics in the 400 meter relay. Both her parents are still athletics coaches. As a child, Nadia did a lot of travelling around the world with her parents. She eventually settled in Egypt, where she trained with Mohammed Seif and her parents. Petrova states hard courts as her favourite surface, however, she has been most successful on clay courts. She is currently coached by Vladimir Platenik

FULL ARTICLE AT WIKIPEDIA.ORG
This article is licensed under the GNU Free Documentation License.
It uses material from the Wikipedia article "Nadia Petrova."
Back to Article
/