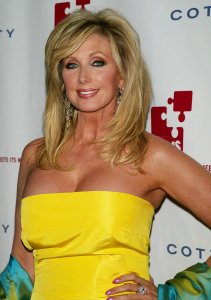 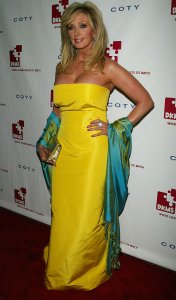 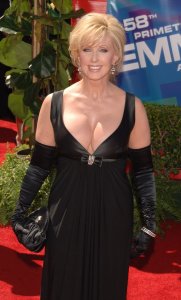 Entertainment News // 1 year ago
Stars react to Dawn Wells' death: 'Off the island, but forever in our hearts'
Tina Louise, Barbara Eden and other celebrities mourned the death of former "Gilligan's Island" star Dawn Wells.

I witnessed firsthand the devastating effects of stroke on my mother

Morgan Fairchild (born February 3, 1950) is an American actress. She achieved prominence during the late 1970s and early 1980s with continuing roles in several television series, in which she usually conveyed a glamorous image. Fairchild has also performed in live theater and played guest roles in television comedies. She is a board member of the Screen Actors Guild.

Fairchild was born Patsy Ann McClenny in Dallas, Texas, the daughter of Martha Jane (née Hartt), a high school English teacher, and Edward Milton McClenny. As a child, she suffered a bout of scarlet fever, which left her partially deaf.

Fairchild's first acting job was as a double for Faye Dunaway during location filming for the movie Bonnie and Clyde (1967). She took her new first name, Morgan, from the 1966 David Warner film, Morgan: A Suitable Case For Treatment. Fairchild then moved to New York City, where she secured her first credited on-screen role as the maniacal Jennifer Pace in the daytime soap opera Search for Tomorrow from 1973 until 1977. From the mid-1970s, she began to make various appearances on episodic primetime television shows such as Kojak, Happy Days, Police Woman, and was cast as Jenna Wade in the television series Dallas in 1978. Her appearance in Dallas was intended for only one episode, though the character was later brought back and was played briefly by Francine Tacker in 1980, and then by Priscilla Presley from 1983-88. In 1978, Fairchild made the TV movie The Initiation Of Sarah and also had a recurring role on the sitcom Mork & Mindy. In 1980, she scored her first regular primetime role as Constance Weldon Carlyle on the soap opera Flamingo Road. Though the series had an impressive beginning, the ratings soon dropped and it was canceled after two seasons, though Fairchild was nominated for a Golden Globe award for her role.

FULL ARTICLE AT WIKIPEDIA.ORG
This article is licensed under the GNU Free Documentation License.
It uses material from the Wikipedia article "Morgan Fairchild."