NBA // 3 years ago
Indiana Pacers reportedly waive Monta Ellis
Any doubts that the Indiana Pacers were in a rebuilding mode were erased Wednesday when they waived veteran guard Monta Ellis, a move reported by multiple media outlets.

NBA // 4 years ago
Stephen Curry, Golden State Warriors beat Utah Jazz for Game 1 victory
The defensive-minded Jazz would like to shorten the games against the Warriors, the NBA's highest-scoring team, in their Western Conference semifinal series.

NBA // 4 years ago
Paul George guides Indiana Pacers to double-digit win over Milwaukee Bucks
INDIANAPOLIS -- Fighting for their playoff lives, the Indiana Pacers turned to the energy provided by recently signed Lance Stephenson, the potent offense of Paul George and some of their most impressive defense this season to secure a huge victory.

NBA // 4 years ago
NBA roundup: recap, scores, notes for every game played on March 28
AUBURN HILLS, Mich. -- Hassan Whiteside scored on a tip-in just before the buzzer, giving the Miami Heat a 97-96 victory over the Detroit Pistons on Tuesday night. 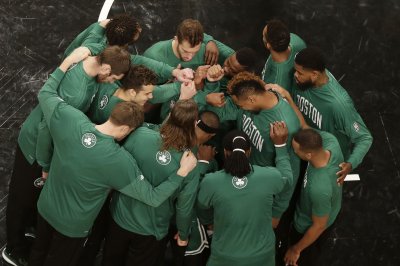 NBA // 4 years ago
NBA roundup: recap, scores, notes for every game played on March 26
LOS ANGELES -- Willie Cauley-Stein scored on a putback with 1.8 seconds remaining, allowing the Sacramento Kings to stun the Los Angeles Clippers 98-97 at Staples Center on Sunday.

NBA // 4 years ago
Denver Nuggets continue to dominate Indiana Pacers
INDIANAPOLIS -- The Denver Nuggets are making a late-season playoff run, and they have 22-year-old Serbian center Nikola Jokic to thank for it.

Monta Ellis (pronounced "MON-tae", born October 26, 1985) is an American professional basketball player who plays the point guard and shooting guard positions for the Golden State Warriors of the NBA. Ellis entered the 2005 NBA Draft after graduating from Lanier High School in Jackson, Mississippi, and the Warriors drafted him in the second round. He is well-known for being a prolific scorer and taking difficult shots. Monta, Stephen Curry, and David Lee are currently the captains of the team.

Ellis' attended Lanier High School in Jackson where he was named Parade Magazine High School Player of the Year 2005 (along with Greg Oden) and a USA Today All-American. He had committed to Mississippi State University before opting for the NBA in 2005. He scored a career-best 72 points in a game against Greenwood High School. As a junior, he scored 42 points in a 80–75 loss against renowned high school basketball powerhouse Oak Hill Academy, then the #1- ranked prep-basketball team in the country by USA Today, and their star future-NBA forward, Josh Smith, in front of a capacity crowd at the Marshall County Hoopfest in Benton, KY. His 42 points was the most ever scored against Oak Hill by an opposing player. In his senior season he scored 42 points in a game against South Gwinnett High School in which he was guarded by Louis Williams, at the Coliseum. He led Lanier to a 129–16 record in his four seasons as a starter (2002–2005), winning the 4A state championship in 2002 (33–5) and 2005 (35–2, ranked #12 nationally by USA Today) and runner-up finishes in 2003 (31–4) and 2004 (30–5). He scored a total of 4,167 points in his prep career, making him second all-time in Mississippi history. He received first-team all-state recognition from the Clarion-Ledger in all four of his high school seasons and was named Mississippi's "Mr. Basketball" by the paper in 2005.

Drafted by the Warriors in the second round (40th overall) in the 2005 NBA Draft, Ellis was inserted into the starting lineup late in the 2005–06 NBA season, along with fellow rookie Ike Diogu. He scored his first points on December 7, 2005 against the Phoenix Suns on a 3-point shot. He was highly regarded as one of the players to watch during the 2006 summer league, but was unable to compete due to knee problems. After receiving very little playing time as a rookie, Ellis improved immensely coming into his second year and began to show great potential. During the 2007 NBA Draft, the Warriors traded Jason Richardson and second-round draft pick Jermareo Davidson to the Charlotte Bobcats for lottery pick Brandan Wright. The trade freed up about 10 million dollars in salary cap space for the Warriors with which they could sign Ellis as well as fellow young star Andris Biedriņš to extended contracts and allowed Ellis more time at the shooting guard spot. In his third season, Ellis became one of the Warriors' top performers, becoming a clutch player and pulling them through close games. He is often referred to as "the future" of the Warriors franchise.

FULL ARTICLE AT WIKIPEDIA.ORG
This article is licensed under the GNU Free Documentation License.
It uses material from the Wikipedia article "Monta Ellis."
Back to Article
/