NFL // 3 years ago
Tom Brady: 'Certainly have opinions, I just don't really care to share them.'
New England Patriots quarterback Tom Brady weighed in Monday on the NFL's continuing problem with domestic violence amid the outrage around the country over New York Giants kicker Josh Brown. 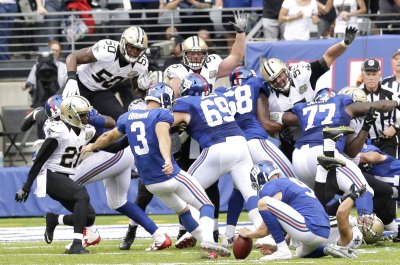 With this new study, for the first time we can leverage satellite observations of crop production to create a more accurate price model that will help humanitarian aid organizations and other decision makers predict how much food will be available and what its cost will be as a result

Margaret Brown, née Tobin (July 18, 1867–October 26, 1932), more widely known as Maggie Brown, Molly Brown, or Unsinkable Molly Brown was an American socialite, philanthropist, and activist who became famous as one of the survivors of the sinking of the RMS Titanic. She became known after her death as The Unsinkable Molly Brown, although she was not called Molly during her life. Her friends called her Maggie.

Margaret Brown was born in Hannibal, Missouri, one of four children born to Irish immigrants John Tobin (1820–1899) and Johanna Collins (1825–1905). Her siblings were Daniel (born 1863), William (born 1869), and Helen (born 1871). Added to these, Margaret had two half-sisters: Catherine Bridget Tobin, by her father's first marriage, and Mary Ann Collins, by her mother's first marriage. Both her mother and father had been widowed at a young age.

At age 18, Margaret moved to Leadville, Colorado with her sister, getting a job in a department store. It was here she met and married James Joseph Brown (1854–1922), simply known as J.J., an enterprising, self-educated man. His parents, too, had immigrated from Ireland. Brown had always planned to marry a rich man but she married J.J. for love. She said, "I wanted a rich man, but I loved Jim Brown. I thought about how I wanted comfort for my father and how I had determined to stay single until a man presented himself who could give to the tired old man the things I longed for him. Jim was as poor as we were, and had no better chance in life. I struggled hard with myself in those days. I loved Jim, but he was poor. Finally, I decided that I'd be better off with a poor man whom I loved than with a wealthy one whose money had attracted me. So I married Jim Brown." Margaret and J.J. were married in Leadville's Annunciation Church on September 1, 1886. The Browns had two children:

FULL ARTICLE AT WIKIPEDIA.ORG
This article is licensed under the GNU Free Documentation License.
It uses material from the Wikipedia article "Molly Brown."
Back to Article
/