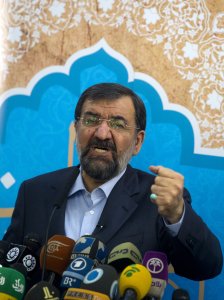 World News // 1 month ago
Iran OKs 7 candidates to replace Rouhani as president next month
The Iranian government on Tuesday released a list of seven candidates it has approved to run for president in next month's election to succeed President Hassan Rouhani.

Voices // 1 year ago
Stupidity, incompetence add to coronavirus danger in Iran
While the lies and deception over the coronavirus pandemic continue, the people of Iran are dying. 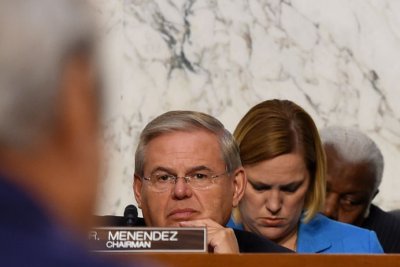 Energy News // 6 years ago
Iran out billions of dollars in oil revenue
A decline in oil exports, largely because of Western economic sanctions, has cost the Iranian economy more than $100 billion, a senior official said.
Special Reports // 8 years ago
Few tilts seen from Iran with new president
Iran's Supreme Leader Ali Khamenei matters more in terms of foreign policy than the next Iranian president, a U.S. expert on Iran said Friday.
World News // 8 years ago
Iranians vote Friday for next president
Iranians vote Friday to choose a successor to Mahmoud Ahmadinejad as the country's president.

He is a candidate for the presidency in the 2009 Iranian elections, as a conservative.

While studying mechanical engineering at Iran University of Science and Technology before the 1979 Islamic Revoloution, Rezaee switched to economics after the war, studying at Tehran University, where he continued until 2001, when he received his Ph.D. in 2001.

FULL ARTICLE AT WIKIPEDIA.ORG
This article is licensed under the GNU Free Documentation License.
It uses material from the Wikipedia article "Mohsen Rezaei."
Back to Article
/