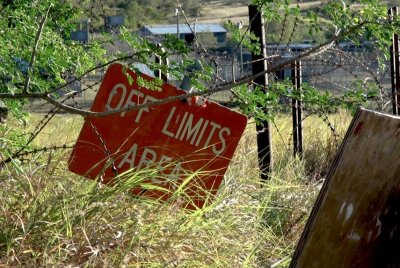 Mohammed Mana Ahmed al-Qahtani (Arabic: محمد مانع أحمد القحطاني‎) (also transliterated as al-Kahtani) is a Saudi citizen who is currently detained in the United States's Guantanamo Bay detention camps, in Cuba. Qahtani allegedly tried to enter the United States to take part in the September 11 attacks as a "muscle hijacker". Mustafa al-Hawsawi, one of the organizers of the September 11 attacks, referred to Qahtani in intercepted telephone calls as "the last one" to "complete the group". Mohammed al-Qahtani was refused entry due to suspicions that he was attempting to immigrate.

In 2008 the Bush administration admitted that they had tortured Qahtani. In an interview with Washington Post reporter Bob Woodward, Susan Crawford said that Qahtani had been so systematically abused through isolation, sleep deprivation, forced nudity and exposure to cold that he was in a "life-threatening condition." Gitanjali Gutierrez, who works for the New York-based Center for Constitutional Rights, which represents many of Guantanamo's inmates, said she thought Qahtani's torture constituted a war crime.

Since January 2002, Qahtani has been detained at Guantanamo Bay.

FULL ARTICLE AT WIKIPEDIA.ORG
This article is licensed under the GNU Free Documentation License.
It uses material from the Wikipedia article "Mohammed al-Qahtani."
Back to Article
/