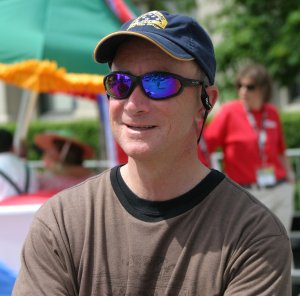 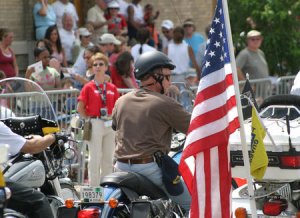 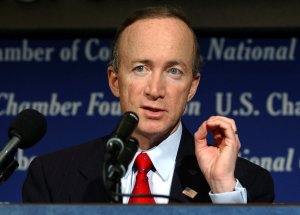 Sports News // 1 year ago
Purdue suspends 13 student-athletes for holding party amid pandemic
Purdue University announced Monday that 13 student-athletes have been suspended for violating the "Protect Purdue Pledge" by hosting a party over the weekend in a campus residence hall.

One policy being pushed by the President and House Speaker Nancy Pelosi is, I regret to say, a poster child for government that cannot work

This is less an endorsement than an instruction, this is less a victory than an assignment

By issuing a final rule in favor of this change, you will put still more of the State of Indiana on one time zone than ever before

And so I simply report on their behalf that they think this is a noble thing they're doing and are very proud of the contribution they are making ...

Mitchell Elias "Mitch" Daniels, Jr., (born April 7, 1949) is the 49th and current Governor of the U.S. state of Indiana. A Republican, he began his first four-year term as governor on January 10, 2005, and was elected to his second term by an 18-point margin on November 4, 2008. Previously, he was the Director of the U.S. Office of Management and Budget under George W. Bush. He was formerly Senior Vice President of Eli Lilly and Company, Indiana's largest corporation, where he was in charge of the corporation's business strategy. He is cited as a rising star in the Republican Party, and was widely speculated to be a candidate for President of the United States in 2012 before choosing not to run.

During his first year in office, he proposed a number of controversial plans to balance the state's $24 billion budget through tax increases, budget cuts, and privatization plans. Because of the opposition led by Republican Speaker of the House Brian Bosma, only two of the new taxes were approved, but his other budget austerity measures were approved. Spending was reduced by $440 million through budget cuts and privatization plans, and the annual budget growth was cut to 2.8% from the previous 5.9%.

Support for a switch to daylight saving time, the privatization of the Indiana Toll Road, and the closure of many license branches brought him into conflict with Democrats; and, in 2005, his approval ratings dropped to a low of 42%. In 2007, he began pressing for constitutional changes to cap state property taxes at 1–3% of value. The caps were approved by the Indiana General Assembly as statute the same year, and added to the state constitution by a 2008 ballot measure. His support for the property tax limits, and its subsequent adoption, helped raise his popularity and secure his re-election bid.

FULL ARTICLE AT WIKIPEDIA.ORG
This article is licensed under the GNU Free Documentation License.
It uses material from the Wikipedia article "Mitch Daniels."