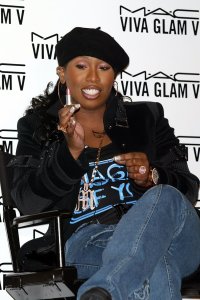 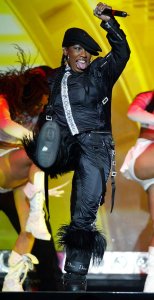 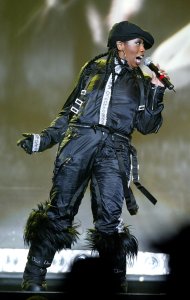 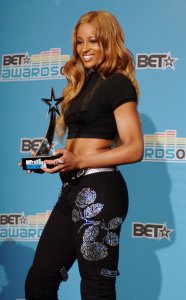 Missy "Misdemeanor" Elliott (born Melissa Arnette Elliott on July 1, 1971) is an American recording artist, producer and actress. With record sales of over seven million in the United States, she is the only female rapper to have six albums certified platinum by the RIAA, including one double platinum Under Construction.

Elliott is known for a series of hits and diverse music videos including "The Rain (Supa Dupa Fly)", "Hot Boyz", "Get Ur Freak On", "One Minute Man", "Work It", "Gossip Folks", "Pass That Dutch", "Lose Control" and "Ching-a-Ling". In addition, Elliott has worked extensively as a songwriter and producer for other artists, both alone and with her producer and childhood friend Timbaland. Elliott's songwriting and production credits include work for a number of other top artists, among them Aaliyah and Ginuwine.

Elliott was born Melissa Arnette Elliott on July 1, 1971, in Portsmouth, Virginia. She is the only child of mother Patricia, a power-company coordinator, and father Ronnie, a Marine. At the age of four, she wanted to be a performer, though she knew no one took her seriously, as she was always the class clown. While her father was a Marine, the family lived in Jacksonville, North Carolina, in a mobile home. Elliott enjoyed school for the friendships she formed and had little interest in school work, though an IQ test classified her above average and she was able to jump two years ahead of her class. This made her feel increasingly isolated, so she purposely failed all her classes, eventually returning to her age-appropriate class. When her father returned from the Marines, they moved back to Virginia, where they lived in a vermin-infested shack.

FULL ARTICLE AT WIKIPEDIA.ORG
This article is licensed under the GNU Free Documentation License.
It uses material from the Wikipedia article "Missy Elliott."
Back to Article
/