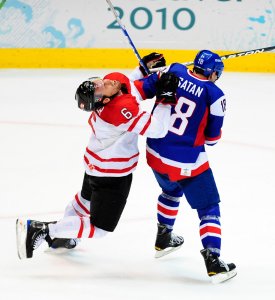 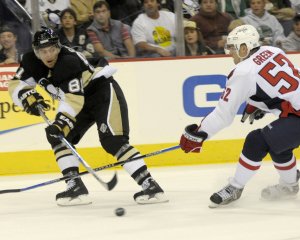 In 1991-92, he played for the local HC Topolcany and did remarkably well, as he scored 30 goals and had 22 assists in just 31 games. He then graduated to the senior division within the same year. When he became 18, he joined HC Dukla Trenčín rather than enter compulsory army service for Slovakia (which stopped in 2006). He played there in the 1992-93 and 93-94 seasons, honing his craft as a forward.

Šatan was drafted 111th overall in the 1993 NHL Entry Draft by the Edmonton Oilers. Prior to his entry into the NHL, he played in the Czechoslovak and Slovak leagues and he had scored nine goals in eight games representing Slovakia at the 1994 Winter Olympic Games.

FULL ARTICLE AT WIKIPEDIA.ORG
This article is licensed under the GNU Free Documentation License.
It uses material from the Wikipedia article "Miroslav Satan."
Back to Article
/