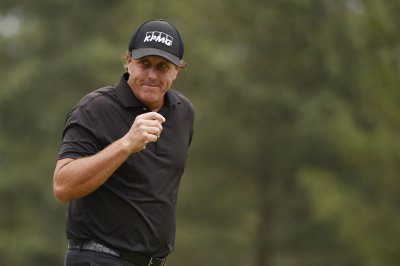 I think it is a big thing for Finnish golf

Ilonen was born in Lahti, Finland. He won the 2000 Amateur Championship, and turned pro in 2001. He plays mainly on the European Tour, where he has won two events. His best major finish is tied 9th at the 2001 Open Championship.

He won his first professional tournament at the 2007 Indonesia Open, an event co-sanctioned by the European Tour and Asian Tour. He was the first Finn to win a European Tour event and to feature in the top 100 of the Official World Golf Rankings. In 2007 he finished the season in a career best 34th on the European Tour Order of Merit.

FULL ARTICLE AT WIKIPEDIA.ORG
This article is licensed under the GNU Free Documentation License.
It uses material from the Wikipedia article "Mikko Ilonen."
Back to Article
/