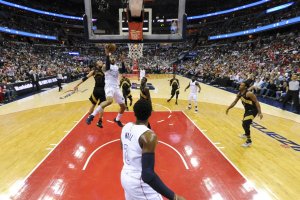 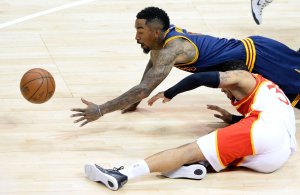 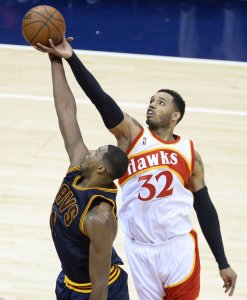 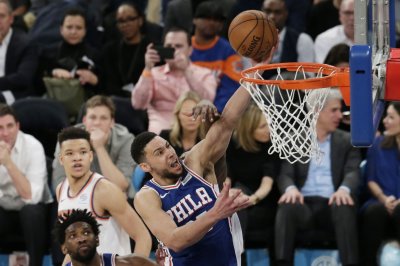 NBA // 1 month ago
Ben Simmons calls 76ers 'soft' after blowout loss to Miami
Jimmy Butler scored a season-high 38 points in the Miami Heat's win Monday night against the Philadelphia 76ers, leading star guard Ben Simmons to refer to his team as "soft" after the loss. 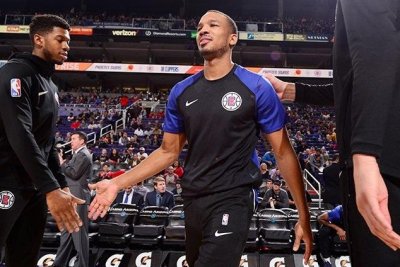 NBA // 1 year ago
Grizzlies acquire Bradley from Clippers
The Memphis Grizzliies acquired shooting guard Avery Bradley from the Los Angeles Clippers for power forward JaMychal Green and guard Garrett Temple on Thursday, the NBA's final day of the season to make a deal.

NBA // 1 year ago
Wizards aim for repeat of Game 3 vs. Raptors
WASHINGTON -- The Wizards' All-Star duo turned in star performances Friday night and now Washington has a chance to even its first-round series with the top-seeded Toronto Raptors on Sunday at Capital One Arena.

NBA // 1 year ago
Raptors hope to overcome history vs. Wizards
The Toronto Raptors have spent a season creating franchise history, including a team-record 59 wins.

NBA // 2 years ago
Washington Wizards, New York Knicks meet for first time this season
After weeks of inconsistent performances, the Washington Wizards might finally be headed down a stable, winning path. 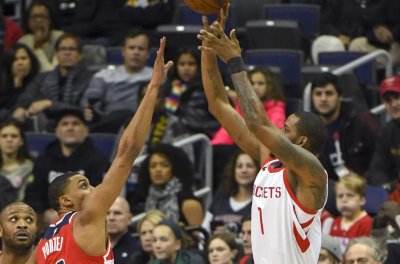 NBA // 2 years ago
Bradley Beal's big second half helps Washington Wizards top New Orleans Pelicans
Bradley Beal scored 22 of his 26 points during the second half of a game loaded with massive point swings.

If people are forced to evacuate, they'll have a lot more on their minds than if they have a sex offender mixed among them

Michael Warren Scott (born April 26, 1955 in Santa Monica, California) is a former right-handed pitcher in Major League Baseball for the New York Mets and, most notably, the Houston Astros. He won the National League Cy Young Award in 1986. Scott is part of a select group of pitchers that have thrown a no-hitter and struck out 300 batters in the same season.

Scott made his Major League debut with the Mets in 1979. The Mets traded Scott to the Astros for Danny Heep on December 11, 1982. By the end of the 1982 season, Scott had compiled a 14-27 major league record and was happy to be traded away from the poorly-managed Mets that featured a four-man starting pitching rotation. Scott continued to struggle in his first two seasons with the Astros, going 15-17.

The turning point in Scott's career came in 1985, when he became a student of legendary pitching coach Roger Craig. Craig taught Scott the split-finger fastball, a pitch he had made famous while coaching the pitchers of the 1984 World Series champion Detroit Tigers. Scott became an 18-game winner in 1985 and was rewarded with a new three-year deal with the Astros, valued at around two million dollars.

FULL ARTICLE AT WIKIPEDIA.ORG
This article is licensed under the GNU Free Documentation License.
It uses material from the Wikipedia article "Mike Scott."
Back to Article
/