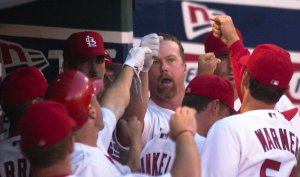 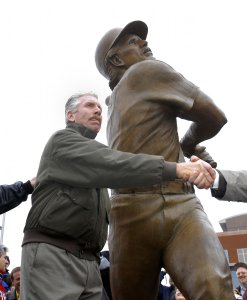 Sports News // 3 years ago
Philadelphia Phillies honor 1B Ryan Howard, rally to beat New York Mets
PHILADELPHIA -- It was the end of an era in Philadelphia.

Top News // 3 years ago
The Almanac
On Sept. 27, 1964, the Warren Commission report on the assassination of President John F. Kennedy concluded that there was no conspiracy and that Lee Harvey Oswald, the accused assassin, acted alone.

MLB // 4 years ago
Ken Griffey Jr: 'Sure thing' replaces 'what if' with Hall of Fame induction
It wasn't if, but when the smooth-swatting slugger with an unforgettable smile and backwards ball cap would run through the doors of Cooperstown.

Top News // 4 years ago
The Almanac
In 1964, the Warren Commission report on the assassination of U.S. President John F. Kennedy concluded there was no conspiracy and that the accused killer acted alone.

Schmidt is considered among the greatest third basemen in the history of major league baseball. Schmidt was voted National League MVP three times, an All-Star 12 times, and received more votes than any other third baseman in 1999's Major League Baseball All-Century Team. In 1995, he was inducted into the Baseball Hall of Fame.

FULL ARTICLE AT WIKIPEDIA.ORG
This article is licensed under the GNU Free Documentation License.
It uses material from the Wikipedia article "Mike Schmidt."
Back to Article
/