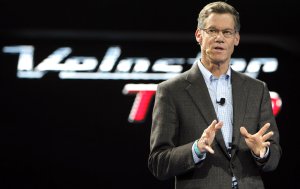 Sports News // 1 year ago
Toledo football player Jahneil Douglas, 22, killed in shooting
University of Toledo defensive tackle Jahneil Douglas has died after he was shot while outside of a pizza restaurant in Toledo, Ohio. He was 22.

We get most of our gas from the North Sea and imports from Norway, so we have less need for dedicated storage in comparison to other countries, which are more heavily dependent on imports

Today's first Phase II auction demonstrates continued U.K. leadership in reducing carbon emissions as part of the fight against dangerous climate change. The EU is central to keeping the price of tackling climate change as low as possible to industry and the economy

Tom Amstutz has been one of the most successful football coaches in the history of Toledo football, and he leaves behind a legacy of tremendous accomplishments on the field

Analysis: Can biotechnology save ethanol? Mar 20, 2008

As we anticipate the needs of our Department of Defense customers, we understand that our ability to remain responsive and flexible in a very dynamic marketplace is absolutely critical

Mike O'Brien is one of the three co-founders and current president of ArenaNet and the leader of the Design and Content teams for Guild Wars. Previously, he worked as a company director and a lead programmer at Blizzard Entertainment where he developed the 3D rendering engine of Warcraft III: Reign of Chaos and led the development of Battle.net. He also worked on Warcraft II: Tides of Darkness, Diablo and StarCraft, where he, among other things, designed and created the MPQ archives used in all Blizzard games after Diablo. Mike O'Brien was featured as one of the most influential people in the computer and video game industry on PC Gamer's September 1999 cover story "Game Gods".

FULL ARTICLE AT WIKIPEDIA.ORG
This article is licensed under the GNU Free Documentation License.
It uses material from the Wikipedia article "Mike O'Brien."