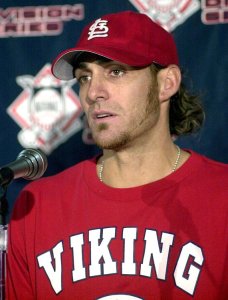 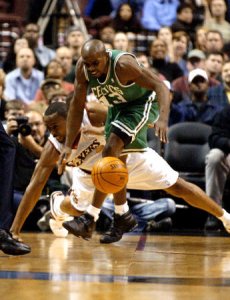 NFL // 2 years ago
NFL denied RB Mike James' marijuana-use request
Free agent running back Mike James tried to persuade the NFL to let him use marijuana as a painkiller.

NFL // 3 years ago
Free-Agent Setup: DE Ansah key among Lions' 17 UFAs
Seven of the Detroit Lions' 17 unrestricted free agents played key roles on defense in 2017, and with new head coach Matt Patricia overhauling the unit, many of those players won't return this fall. 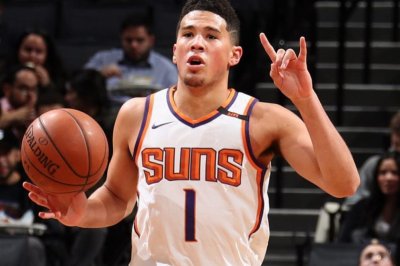 NBA // 3 years ago
Devin Booker scores 32, Phoenix Suns hold off Brooklyn Nets
NEW YORK -- Mike James is not your typical rookie making plays down the stretch in an NBA game.

Sports News // 4 years ago
Tampa Bay Buccaneers RB Doug Martin might return on Sunday
Tampa Bay's offense could get a big boost on Sunday against the Chicago Bears.

Plastics ingestion doesn't always cause death, but there are clearly health risks to the turtles

The youngest of seven siblings, James's childhood was not without challenges. Crime, drugs, and violence troubled his neighborhood streets. Lack of social and economic opportunity made urban living grueling and difficult for James and his family. Undirected and uninspired, Mike found solace on the courts. More than recreation, basketball became his bloodline and a way to stay out of trouble. James's commitment and daily practice would soon payoff as he was invited to join the Amityville High School basketball squad. Unmatched and unbeatable, he performed extremely well. Despite his courtside accomplishments and extraordinary talent, no one believed Mike would ever play Division I basketball. Upon graduation, James proved every naysayer wrong when he earned a basketball scholarship to Duquesne University in Pittsburgh, Pennsylvania.

James had a college career at Duquesne University that saw him finish ranked third all-time in steals (201), fifth in assists (348) and 10th in points (1,411) at the school and included being named to the all Atlantic 10 Conference 1st team in his senior year. However, he was not drafted.

FULL ARTICLE AT WIKIPEDIA.ORG
This article is licensed under the GNU Free Documentation License.
It uses material from the Wikipedia article "Mike James."
Back to Article
/