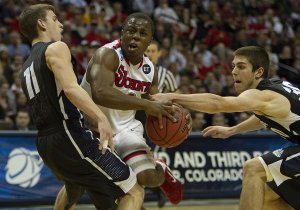 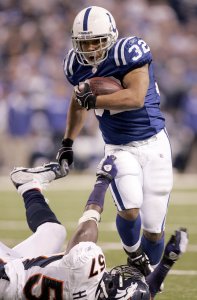 Leon Michael Hart (born April 9, 1986 in Syracuse, New York) is an American football running back for the Indianapolis Colts of the National Football League. He was drafted by the Colts in the sixth round of the 2008 NFL Draft. He played college football at Michigan.

Hart also excelled academically in high school scoring 1280 on the SAT and graduating in the top five of his class with a 94% average.

FULL ARTICLE AT WIKIPEDIA.ORG
This article is licensed under the GNU Free Documentation License.
It uses material from the Wikipedia article "Mike Hart."
Back to Article
/