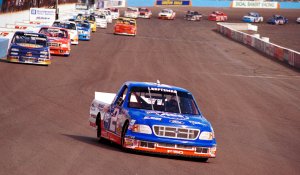 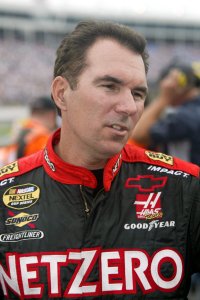 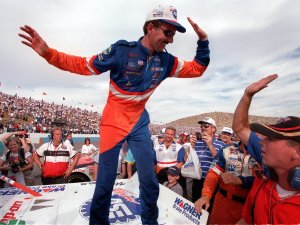 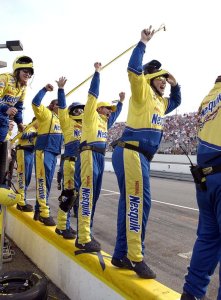 Bliss began racing in NASCAR in 1995, driving the #08/2 Ford F-150 for Ultra Motorsports in the new Craftsman Truck Series. Competing in 19 out of 20 races, Bliss picked up a win at North Wilkesboro Speedway and finished eighth in points. The next year, with sponsorship from Team ASE Racing, he won at Evergreen and I-70 and finished fifth in points. In 1998, he made his debut in the upper-NASCAR ranks. First, he finished 26th at the Kenwood Home & Car Audio 300 driving a car owned by Kevin Schwantz, then two weeks later, finished seventh at Indianapolis Raceway Park for Michael Waltrip Racing. He also ran a pair of Winston Cup races that season, finishing 25th at Martinsville Speedway in the #96 for American Equipment Racing.

After winning six poles and finishing fourth in points in 1998, Bliss announced he would not return to the team after 1998, and signed with Roush Racing to drive the #99 Exide Batteries Ford. He picked up a win at Heartland Park Topeka and finished fifth in points. During the season, he began to pick up offers to run in the Cup Series, and left Roush. In 1999, Bliss ran two Winston Cup races for Bahari Racing with sponsorship from Sara Lee products.

FULL ARTICLE AT WIKIPEDIA.ORG
This article is licensed under the GNU Free Documentation License.
It uses material from the Wikipedia article "Mike Bliss."
Back to Article
/