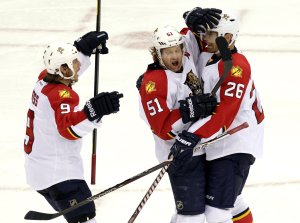 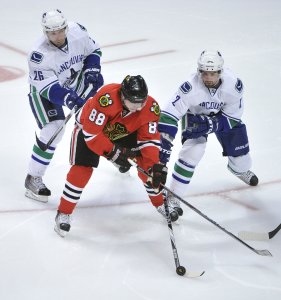 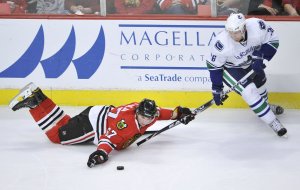 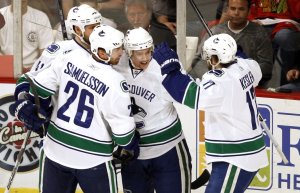 Samuelsson began his career in Sweden, starting with Södertälje SK as a junior in 1994. He went on to also play for Swedish teams IK Nyköping, Frölunda HC and Brynäs IF. He was selected 145th overall in the 1998 NHL Entry Draft by the San Jose Sharks and moved to the NHL in 2000–01. After short stints with the Sharks, New York Rangers, Pittsburgh Penguins and Florida Panthers, he returned to Europe during the 2004–05 NHL lockout. As NHL play resumed, Samuelsson signed with the Detroit Red Wings, winning the Stanley Cup with the club in 2008. After four seasons in Detroit, he signed with the Canucks in July 2009. Internationally, Samuelsson is a member of the Triple Gold Club. In addition to his Stanley Cup championship, he has won gold medals with the Swedish national team at the 2006 Winter Olympics and 2006 World Championships.

Samuelsson played junior with Södertälje SK of the J20 SuperElit, beginning in 1994–95. Scoring at a point-per-game pace at the junior level the following season, he was called up to the club's professional club, scoring 5 goals and an assist in 18 games. He helped Södertälje SK earn a promotion from the second-tier HockeyAllsvenskan to Sweden's premier league, the Elitserien, for the 1996–97 campaign. Debuting in the Elitserien, Samuelsson recorded 6 points over 29 games. While improving to 16 points in 31 games the following season, he also played in 10 games for IK Nyköping in the Allsvenskan. During the subsequent off-season, Samuelsson was selected in the fifth round, 145th overall, by the San Jose Sharks in the 1998 NHL Entry Draft.

FULL ARTICLE AT WIKIPEDIA.ORG
This article is licensed under the GNU Free Documentation License.
It uses material from the Wikipedia article "Mikael Samuelsson."
Back to Article
/