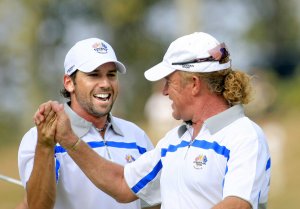 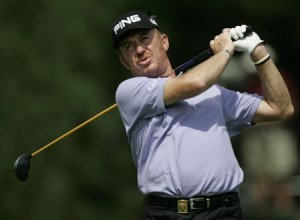 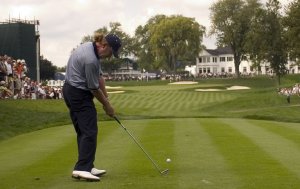 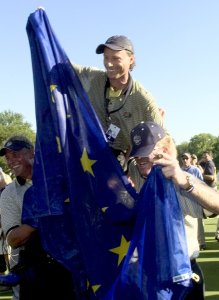 Golf // 3 years ago
This week in golf: who is playing, how to watch, full schedule
Here is this week's slate of golf action, headlined by the WGC-Bridgestone Invitational on the South Course at Firestone Country Club on Thursday.

Golf // 3 years ago
This week in golf: Who is playing, how to watch, complete schedule
Here is the full schedule in this week's round of golf, highlighted by the 2017 John Deere Classic.

Golf // 3 years ago
This week in golf: Who is playing, how to watch, updates
Here is this week's slate of action, highlighted by the Quicken Loans National at TPC Potomac.

When you're hitting it well, you expect to shoot a 65

My family is here and I am having a great time

I played really well today and played well over the week

Miguel Ángel Jiménez Rodríguez (born 5 January 1964) is a Spanish professional golfer. He has won 18 times on the European Tour.

Jiménez first played on the European Tour in 1988 and improved steadily over the next few seasons. His first win on the tour came at the Piaget Belgian Open in 1992. During a fairly up and down career, he has so far had four main periods of success. In 1994 he finished fifth on the European Tour Order of Merit. One highlight was scoring an exceptionally rare albatross (double eagle) on the 17th hole at Valderrama, during the 1994 Volvo Masters, sinking his second shot on the par-5 hole with a 3-iron.

After some weaker seasons he bounced back in 1998 and 1999, finishing fourth on the Order of Merit in consecutive years and winning four tournaments including the prestigious Volvo Masters. In 1999 he also came second in the WGC-American Express Championship, which is one of the elite World Golf Championships events, and made his Ryder Cup debut.

FULL ARTICLE AT WIKIPEDIA.ORG
This article is licensed under the GNU Free Documentation License.
It uses material from the Wikipedia article "Miguel Angel Jimenez."
Back to Article
/