World News // 7 months ago
Turkish leader to meet Macron, Merkel over rising refugee crisis
Turkish President Recep Tayyip Erdogan announced Tuesday he will attend a summit next week with German and French leaders, following to trip to Belgium for a summit with the European Union and NATO.

World News // 10 months ago
Officials: At least 80,000 have fled violence in northwest Syria
Tens of thousands of Syrian refugees have fled their homes in recent days after Syrian government forces bombed what's believed to be the last stronghold of anti-regime rebels in northwestern Idlib Province.

World News // 1 year ago
Canada seeks to add 1M immigrants by 2021
Canada wants to add more than 1 million immigrants to its population over the next three years, the immigration ministry said in a report to Parliament. 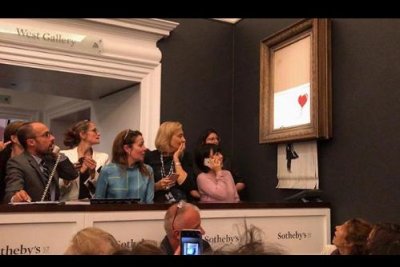 World News // 2 years ago
U.N.: Mediterranean migration has killed 1,500 for fifth year in a row
For the fifth straight year, at least 1,500 people have died crossing the Mediterranean to seek refuge in Europe, the United Nations' migration agency said.

World News // 2 years ago
Spain takes in boat with 60 Libyan migrants after Italy, Malta refuses
A Spanish charity boat that rescued 60 migrants off the Libyan coast is heading to Barcelona after Italy's interior minister said they were not welcome.

The 2015 European migrant crisis[1][2][3][4][5] or European refugee crisis[6][7][8] arose through the rising number of refugees and economic migrants,[9] from areas such as the Middle East, Africa, and the Balkans[10] coming to the European Union across the Mediterranean Sea and Southeast Europe,[11][12] and applying for asylum. The majority of the refugees come from Syria, Afghanistan and Eritrea.[13] The phrase "migrant crisis" rose to popular use in April 2015,[14] when five boats carrying almost two thousand migrants to Europe sank in the Mediterranean Sea, with a combined death toll estimated at more than 1,200 people.

FULL ARTICLE AT WIKIPEDIA.ORG
This article is licensed under the GNU Free Documentation License.
It uses material from the Wikipedia article "Migrant crisis."
Back to Article
/