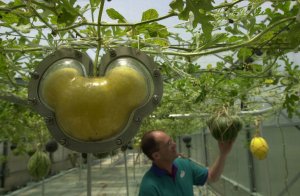 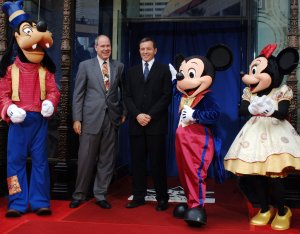 World News // 6 months ago
Shanghai Disneyland reopens with limits after 3-month shutdown
Shanghai Disneyland began a phased reopening on Monday but with social distancing and other safety measures in place, more than three months after it closed due to the coronvirus pandemic. 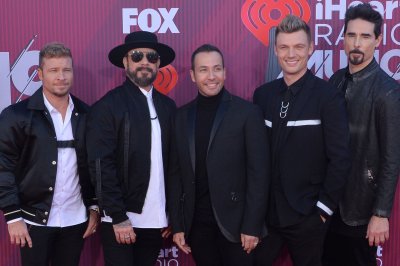 Mickey Mouse is a cartoon character who has become an icon for The Walt Disney Company. Mickey Mouse was created in 1928 by Walt Disney and Ub Iwerks and voiced by Walt Disney. The Walt Disney Company celebrates his birth as November 18, 1928, upon the release of Steamboat Willie, although Mickey had already appeared six months earlier in Plane Crazy (Steamboat Willie being the first Mickey Mouse Cartoon with sound). The anthropomorphic mouse has evolved from being simply a character in animated cartoons and comic strips to become one of the most recognizable symbols in the world. Mickey is currently the main character in the Disney Channel's Disney Junior series "Mickey Mouse Clubhouse". Mickey is the leader of The Mickey Mouse Club.

In late 2009, The Walt Disney Company announced that they will begin to re-brand the Mickey Mouse character by putting a little less emphasis on his pleasant, cheerful side and reintroducing the more mischievous and adventurous sides of his personality, starting with the newly released Epic Mickey.

Mickey Mouse was created as a replacement for Oswald the Lucky Rabbit, an earlier cartoon character created by the Disney studio for Charles Mintz of Universal Studios.

FULL ARTICLE AT WIKIPEDIA.ORG
This article is licensed under the GNU Free Documentation License.
It uses material from the Wikipedia article "Mickey Mouse."
Back to Article
/