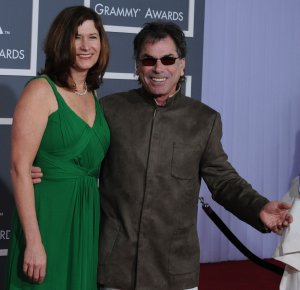 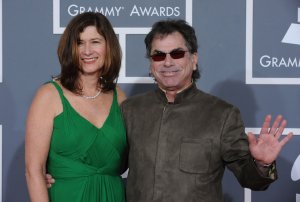 Music // 1 year ago
Bob Weir and Wolf Bros to kick off tour in February
Former Grateful Dead member Bob Weir will reunite with Don Was and Jay Lane for a new spring tour.

I never met anybody so happy who had a stroke

We're not making plans, but I think we stand at the ready to be of service

He was in ill health and it wasn't that much fun

We've been capturing sound for over 100 years, when Edison first stumbled onto etching wax

Mickey Hart (born Michael Steven Hartman; September 11, 1943) is an American percussionist and musicologist. He is best known as one of the two drummers of the rock band the Grateful Dead. He was a member of the Grateful Dead from September 1967 to February 1971, and from October 1974 to August 1995. He and fellow Dead drummer Bill Kreutzmann earned the nickname "the rhythm devils".

Hart joined the Grateful Dead in September 1967, and left in February 1971. During his sabbatical, in 1972, he recorded the album Rolling Thunder. He returned to the Dead in 1974, and remained with the group until their official dissolution in 1995. Collaboration with the remaining members of the Grateful Dead continues, under the band name The Dead.

FULL ARTICLE AT WIKIPEDIA.ORG
This article is licensed under the GNU Free Documentation License.
It uses material from the Wikipedia article "Mickey Hart."
Back to Article
/