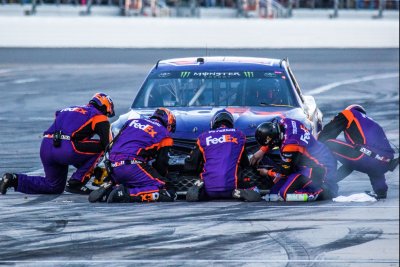 Sports News // 3 years ago
Is NASCAR encumbered by its penalty system?
On the eve of the playoffs, Denny Hamlin's stirring victory at the Darlington Raceway has been declared encumbered by NASCAR due to some finagling in the rear suspension that likely gave him a faster car than his competition.

Sports News // 3 years ago
NASCAR: Martin Truex Jr. dominating on NASCAR's stage(s)
Does NASCAR have a new version of Cale Yarborough on its hands in the form of Martin Truex Jr.? 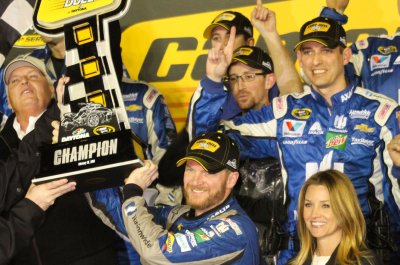 No one went to (Roush's) toolbox and swiped his sway bar

Our spokesperson on this subject is Jeff Gordon, so if y'all have anything to ask go ask Jeff

I am ready to bear all responsibility for what happened

Michael Curtis Waltrip (born April 30, 1963) is a semi-former professional race car driver and co owner of Michael Waltrip Racing. He is the younger brother of Darrell Waltrip, a three-time NASCAR champion, who is now retired, but makes occasional appearances at various races as an announcer. Waltrip is the winner of the 2001 Daytona 500 and the 2003 Daytona 500; he currently drives the #15 NAPA Toyota Camry. He is also a commentator for SPEED TV's coverage of the Camping World Truck Series and is an analyst on the Showtime series Inside NASCAR, along with Chris Myers, Brad Daugherty and Randy Pemberton.

FULL ARTICLE AT WIKIPEDIA.ORG
This article is licensed under the GNU Free Documentation License.
It uses material from the Wikipedia article "Michael Waltrip."
Back to Article
/