Entertainment News // 1 month ago
What to stream this weekend: 'Yellow Submarine,' 'After Life' S2
A classic Beatles film, the return of "After Life " and the Beastie Boys documentary are just some of the streaming options available this weekend for viewers staying at home during the COVID-19 pandemic.

Music // 7 months ago
R.E.M.'s Michael Stipe to release solo single Saturday
Michael Stipe will release the song "Your Capricious Soul" and a music video by Sam Taylor-Johnson on Saturday. 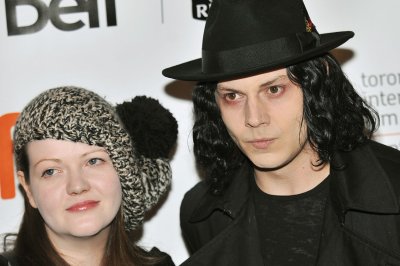 Entertainment News // 4 years ago
R.E.M. issues statements against the use of its music for political campaigns
New wave rock band R.E.M. did not approve of Donald Trump's use of their song during a rally against President Obama and the nuclear deal with Iran.

With a scandal like Enron, when you see how in bed corporations are with the Federal government, it makes sense to hold their feet to the fire and demand accountability

With a scandal like Enron, when you see how in bed corporations are with the Federal government, it makes sense to hold their feet to the fire and demand accountability

John Michael Stipe (born January 4, 1960) is an American singer and the lead vocalist for the alternative rock band R.E.M. Stipe has become well-known (and occasionally parodied) for the "mumbling" style of his early career and for his complex, surreal lyrics, as well as his social and political activism. Stipe is in charge of the band's visual image, often selecting album artwork and directing many of the band's music videos. Stipe's work extends outside of the music industry: he runs his own film production companies, C-00 and Single Cell Pictures.

Stipe was born in Decatur, Georgia on January 4, 1960. Stipe was a military brat; his father was a serviceman in the United States Army whose career resulted in frequent relocations for his family. Stipe and his family moved to various locales during his childhood, including Germany, Texas, Illinois, Alabama and Georgia. Stipe graduated from high school in Collinsville, Illinois in 1978. His senior photo is pictured in the album art work of Eponymous. Stipe also worked at the local Waffle House. Stipe later enrolled at the University of Georgia in Athens, Georgia, as an art major, studying photography and painting.

While attending college in Athens, Stipe frequented the Wuxtry record shop where he met store clerk Peter Buck in 1980. "He was a striking-looking guy and he also bought weird records, which not everyone in the store did", Buck recalled. The two became friends and eventually decided to form a band. Buck and Stipe started writing music together; at the time Stipe also spent time in a local group named Gangster. The pair were soon joined by Bill Berry and Mike Mills and named themselves R.E.M., a name Stipe selected at random from a dictionary.

FULL ARTICLE AT WIKIPEDIA.ORG
This article is licensed under the GNU Free Documentation License.
It uses material from the Wikipedia article "Michael Stipe."
Back to Article
/