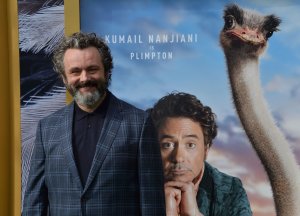 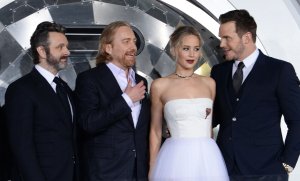 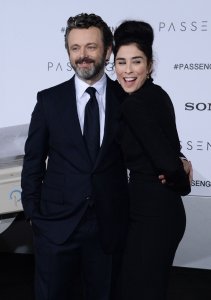 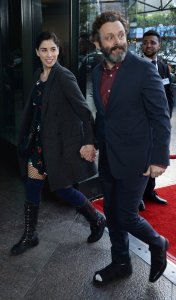 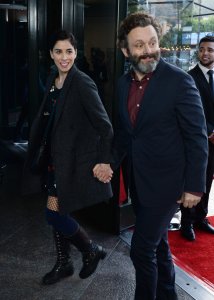 TV // 7 months ago
'Staged': Michael Sheen, David Tennant series renewed for Season 2
"Staged," a comedy series filmed remotely amid the COVID-19 pandemic, will return for a second season on BBC One.

Michael Christopher Sheen, OBE (born 5 February 1969) is a Welsh film and stage actor. Having worked with screenwriter Peter Morgan on five films, Sheen has become known for his portrayals of well-known public figures: Tony Blair in The Deal, The Queen, and The Special Relationship, David Frost in the stage production and film version of Frost/Nixon, and Brian Clough in The Damned United. He also played the Lycan Lucian in all three of the Underworld films, the vampire Aro in The Twilight Saga: New Moon, and more recently, the role of Castor in Tron: Legacy.

Sheen was born in Newport, Wales to Irene (née Thomas) and Meyrick Sheen, both of whom worked in personnel management. His father is also a part-time professional Jack Nicholson look-alike. He has a younger sister, Joanne. His great-great-great grandfather was an immigrant from Waterford, Ireland who changed his surname from "Sheehan" to "Sheen". When Sheen was five, the family moved to Liverpool, where he became a lifelong Liverpool F.C. fan. He returned to his parents' home of Port Talbot, Wales three years later, where he attended Glan Afan Comprehensive School and played football for Baglan boys club.

Sheen was offered a trial at Arsenal FC after being spotted by the father of Tony Adams during a family holiday at Pontin's on the Isle of Wight, but chose to pursue an acting career instead. He recalled: "I was wearing a Swansea kit at the time, so everyone called me Swansea, which I hated. Tony Adams was playing against me and I skinned him a few times, so I must have made an impression." Deciding not to take the trial as it would have meant the family leaving Port Talbot for London, he lost interest in football in his early teens as football became a more physical game.

FULL ARTICLE AT WIKIPEDIA.ORG
This article is licensed under the GNU Free Documentation License.
It uses material from the Wikipedia article "Michael Sheen."
Back to Article
/