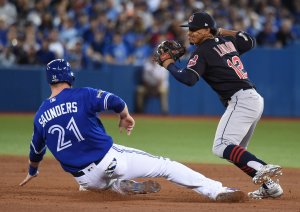 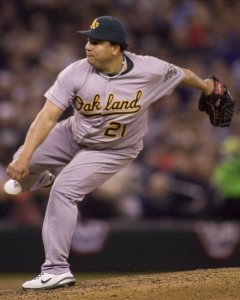 MLB // 3 years ago
Bryce Harper's 2-run shot in ninth lifts Washington Nationals past Philadelphia Phillies
WASHINGTON -- Pete Mackanin laughed just a little bit when asked about the possibility of pitching around Bryce Harper with a runner on first and two outs in the bottom of the ninth inning and the score tied.

Michael Edward Saunders (born November 19, 1986 in Victoria, British Columbia, Canada) is a Canadian Major League Baseball left fielder for the Seattle Mariners. He is a left-handed hitting, right-handed throwing outfielder. He was nicknamed "The Condor" by Dave Sims who attributed the origin of it to Lee Tinsley.

Mike Saunders started his baseball playing Little League at Gordon Head Baseball Association. While attending Lambrick Park Secondary School in Victoria, British Columbia, Saunders played high school baseball for the Victoria Mariners of the B.C. Premier Baseball League. He was selected by the Mariners in the 11th round of the 2004 Major League Baseball Draft.

Before officially signing with the Mariners, Saunders spent the 2004 season playing for the Tallahassee Community College Eagles. He then spent the 2005 season with the Everett AquaSox of the Northwest League, hitting .270 with seven home runs and 39 RBIs. In 2006, he was promoted to the Wisconsin Timber Rattlers of the Midwest League, hitting .239 with four home runs and 39 RBIs. Despite struggling in 2006, for 2007 he was promoted to the high A High Desert Mavericks of the California League, where he excelled, hitting .299 with 14 home runs and 77 RBIs, before he was called up to the West Tennessee Diamond Jaxx of the AA Southern League, where he finished off the season hitting .288 with one home run and 7 RBIs in 15 games. Saunders started the 2008 season once again in West Tennessee, where he hit .290 with eight home runs and 30 RBIs in 67 games before being promoted to the AAA Tacoma Rainiers of the Pacific Coast League on June 17.

FULL ARTICLE AT WIKIPEDIA.ORG
This article is licensed under the GNU Free Documentation License.
It uses material from the Wikipedia article "Michael Saunders."
Back to Article
/