Health News // 7 months ago
CDC confirms 14th U.S. COVID-19 case
U.S. Centers for Disease Control and Prevention officials said Wednesday they expect the 2019 novel coronavirus, or COVID-19, outbreak to "take a foothold" in the United States before it is contained.

Health News // 7 months ago
Chinese coronavirus whistle-blower dies of coronavirus
A doctor accused by law enforcement in China of "spreading rumors" about the coronavirus outbreak is in critical condition with the virus, as the WHO and CDC distribute new test kits to speed screening.

Top News // 1 year ago
On This Day: Gorbachev removed in coup
On Aug. 19, 1991, a coup orchestrated by hard-line Communists removed Mikhail Gorbachev as president of the Soviet Union. 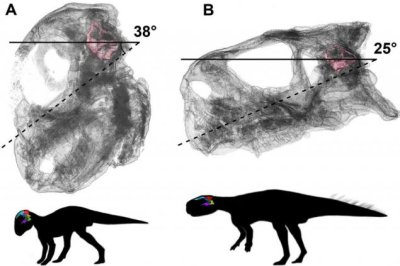 Top News // 4 years ago
The Almanac
On Aug. 19, 1991, a coup orchestrated by hard-line Communists removed Mikhail Gorbachev as president of the Soviet Union. The coup would lead to the dissolution of the Soviet Union on December 26, 1991.

At the present time, I would still propose that a pandemic is imminent because we are seeing the disease spread

Our experience in Herat confirmed that while we are doing many things correctly, in the interests of the Afghan people and our mission here, we still have improvements to make in our processes, and we will do so

It would have been the most significant chunk of Tarbosaurus in North America. It's sort of the one that got away

The emerging nations of the world need solid IP protection to assure long-term economic growth. ... Filmmakers, recording artists, software engineers, pharmaceutical researchers, and other creators and innovators can not thrive in economies where they are constantly being pirated. Fortunately, we now see countries like India, Jordan, Nigeria, Brazil and Botswana starting to take a closer look at how proper management of creativity and innovation can positively impact their economies

Michael Ryan is a comic book artist, famously known for being attached solely to Marvel Comics. In 2004, Marvel Comics signed a 3-year contract with an eager Ryan, whose first work was New X-Men: Academy X with Nunzio DeFilippis and Christina Weir. Marvel Editor-in-Chief Joe Quesada would later say "Michael shouldn't be so humble about his art. Marvel recognized his talent, as have the fans, and it rocks. We don't want him anywhere else but here!".

Ryan later became publicly known for his brief tenure on the Marvel Comics' award-winning series, Runaways along with writer Joss Whedon. He is currently drawing X-Men: Manifest Destiny. He also briefly drew the Mystique mini-series, as well as the New Excalibur series with writer Frank Tieri.

Ryan has illustrated cards for the Magic: The Gathering collectible card game.

FULL ARTICLE AT WIKIPEDIA.ORG
This article is licensed under the GNU Free Documentation License.
It uses material from the Wikipedia article "Michael Ryan."
Back to Article
/