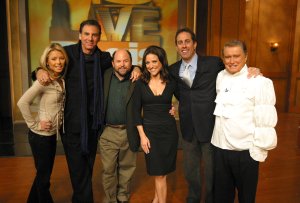 TV // 6 months ago
TBS announces 'Seinfeld' marathon with Jerry Stiller episodes
TBS has announced a "Seinfeld" marathon, which will pay homage to star Jerry Stiller, who recently died at the age of 92.

Top News // 4 years ago
The Almanac
On July 24, 1969, Apollo 11 returned to Earth, splashing down in the Pacific Ocean, where astronauts Neil Armstrong, Buzz Aldrin and Michael Collins were picked up by the recovery ship USS Hornet. 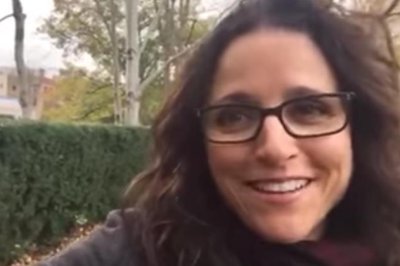 I've used it and abused it, and I never thought I'd say this

Michael Anthony Richards (born July 24, 1949) is an American actor, comedian, writer and television producer, best known for his portrayal of the eccentric Cosmo Kramer on the television sitcom Seinfeld.

Richards began his career as a stand up comedian, first stepping into a national spotlight when he was featured on Billy Crystal's first cable TV special. He went on to become a series regular on ABC's Fridays. Prior to Seinfeld, he made numerous guest appearances on a variety of television shows including Cheers, Night Court, Miami Vice and St. Elsewhere. His film credits include So I Married an Axe Murderer, Airheads, Young Doctors in Love, Problem Child, Coneheads and UHF. During the run of Seinfeld, he made a guest appearance in Mad About You. After Seinfeld, Richards starred in his own sitcom, The Michael Richards Show, which lasted less than one season.

After his series was cancelled, Richards returned to his roots performing stand up comedy. After inciting some media furor in late 2006 over explosively addressing audience members at a comedy show with repeated racial epithets, Richards announced his retirement from stand-up in 2007. Most recently, Richards appeared as himself in the seventh season of Curb Your Enthusiasm in 2009, acting alongside his fellow Seinfeld cast members for the first time since Seinfeld's finale.

FULL ARTICLE AT WIKIPEDIA.ORG
This article is licensed under the GNU Free Documentation License.
It uses material from the Wikipedia article "Michael Richards."
Back to Article
/