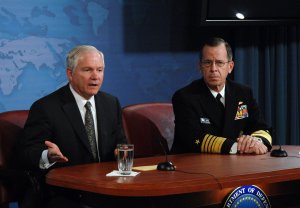 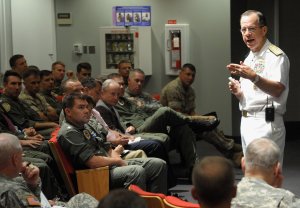 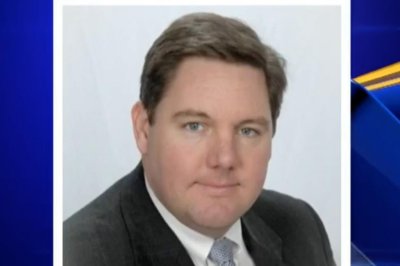 U.S. News // 3 years ago
Coast Guard suspends search for missing Ohio aircraft with six aboard
The U.S. Coast Guard suspended its Lake Erie search for a missing small airplane carrying an Ohio beverage company executive, his family and family friends.
U.S. News // 6 years ago
Bodies found floating off South Florida
The Coast Guard continued to search the Atlantic Ocean off South Florida on Monday after four bodies were found floating.
Odd News // 6 years ago
Odd Couple: Heinz and Ford partnering up to research turning tomato fibers into auto parts
Heinz and Ford announced that they are partnering up to reseaarch ways to repurpose discarded tomatoes into "100 percent plant-based plastic" auto parts.
Business News // 7 years ago
Heinz announces layoffs of 600 office staff in U.S. and Canada
The new owners of H.J. Heinz announced Tuesday 600 office jobs are being cut, 350 in Pittsburgh and the rest elsewhere in the United States and Canada.
U.S. News // 7 years ago
Mass. boy badly mauled by dogs
A 12-year-old's quick thinking to call 911 when his best friend was being mauled by two rottweilers in Revere, Mass., likely saved his life, officials said.
U.S. News // 7 years ago
Counterfeit ketchup bottles explode
A counterfeit ketchup scheme left a Dover, N.J., warehouse covered in ketchup from exploding bottles, officials of the H.J. Heinz Co. said.

A big part of credibility, of course, lies in our conventional capability. The capability to project U.S. military power globally and conduct effective theater-level operations across the domains of land, sea, air, space, cyberspace and information -- including the capability to win decisively -- remains essential to deterrence effectiveness. We must therefore address our conventional force structure and its readiness as a deterrent factor, especially after seven years at war

From the Chairman: It's Time for a New Deterrence Model

I worry about an increased level of insecurity, instability around the world and in that regard we need to pay attention to that

Speaking for myself and myself only, it is my personal belief that allowing gays and lesbians to serve openly would be the right thing to do

Michael Glenn "Mike" Mullen (born October 4, 1946) is a United States Navy admiral who currently serves as the 17th Chairman of the Joint Chiefs of Staff (CJCS). Mullen previously served as the Navy's 28th Chief of Naval Operations from July 22, 2005 to September 29, 2007. He is only the third naval officer in Navy history to be appointed to four different four-star assignments; the others being the Commander, U.S. Naval Forces Europe and Commander, Allied Joint Force Command Naples from October 2004 to May 2005, and as the 32nd Vice Chief of Naval Operations from August 2003 to August 2004. As the CJCS, Mullen is the highest ranking officer in the United States Armed Forces. Mullen assumed his current assignment on October 1, 2007.

The son of a Hollywood press agent and his wife, who worked as an assistant to Jimmy Durante, Mullen was born in Los Angeles, California. He attended St. Charles Borromeo Church (North Hollywood) grade school, and graduated from Notre Dame High School (Sherman Oaks) in 1964. Mullen then attended the United States Naval Academy in Annapolis, graduating in the lower third of his class in 1968.

FULL ARTICLE AT WIKIPEDIA.ORG
This article is licensed under the GNU Free Documentation License.
It uses material from the Wikipedia article "Michael Mullen."
Back to Article
/