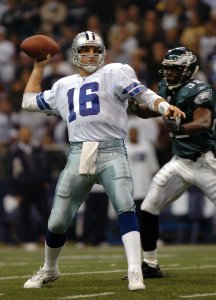 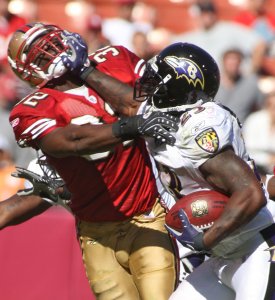 Michael Milton Lewis (born April 29, 1980 in Richmond, Texas) is an American football strong safety for the St. Louis Rams of the National Football League. He was drafted by the Philadelphia Eagles in the second round of the 2002 NFL Draft. He played college football at Colorado.

Lewis has also played for the San Francisco 49ers. Hes was a Pro Bowl selection with the Eagles in 2004.

Lewis twice won Colorado's Dave Jones Award for the most outstanding defensive player and the Hale Irwin Award for the most outstanding defensive back in his junior and senior seasons. As a junior, he made a career-high 117 tackles on his way to first-team All-Big 12 Conference honors. As a senior, he was a unanimous All-Big 12 Conference first-team choice, earned third team All-America honors, and was a semi-finalist for the Jim Thorpe Award, given to the nation's top defensive back. He led the team with 112 tackles and five interceptions, one of which he returned for a touchdown. He closed his career ranked 9th on the school's all-time list with 336 tackles, second in forced fumbles with 10 and tied for 12th with nine interceptions. He also holds the school record with 6.5 career sacks for a defensive back.

FULL ARTICLE AT WIKIPEDIA.ORG
This article is licensed under the GNU Free Documentation License.
It uses material from the Wikipedia article "Michael Lewis."
Back to Article
/