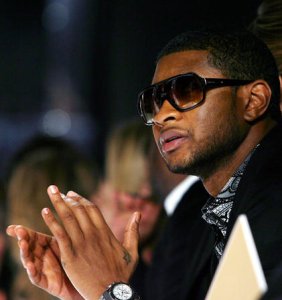 Odd News // 5 months ago
Camera, social media reunite woman with stolen purse
A woman whose $350 purse was stolen out of a rental vehicle in New Orleans was reunited with her property thanks to a stranger, her GoPro camera and social media.

Top News // 10 months ago
The Almanac
On August 9, 1969, actress Sharon Tate and four other people were slain in Los Angeles by followers of Charles Manson in the first of two nights of murders.

Entertainment News // 3 years ago
Blake Lively: Ryan Reynolds played 'Let's Get it On' while I was in labor
Blake Lively told Michael Kors that husband and "Deadpool" star Ryan Reynolds chose a sexy song as she gave birth to one of their daughters.

In a strange way, cashmere has become the fur shrug for warm weather

1999 CFDA award for womenswear designer of the year

Michael Kors (born August 9, 1959) is an American fashion designer. "Michael Kors" also refers to his brands of apparel and fragrances. He currently is said to be living on Morgan's Island in Glen Cove, New York. He always wears a black t-shirt and black suit jacket.

Kors was born Karl Anderson, Jr. on Long Island, New York, the son of Joan Anderson Kors Krystosek, a former model. He grew up in Merrick, New York and graduated from John F. Kennedy High School in Bellmore, New York. Kors' mother is Jewish . Kors is a judge on the Emmy-nominated reality television program Project Runway, which aired on Bravo for five seasons; the sixth season began airing on Lifetime on August 20, 2009. He is also a contributor to Harper's Bazaar, most recently interviewing Elizabeth Taylor and Jessica Simpson for the magazine.

FULL ARTICLE AT WIKIPEDIA.ORG
This article is licensed under the GNU Free Documentation License.
It uses material from the Wikipedia article "Michael Kors."
Back to Article
/