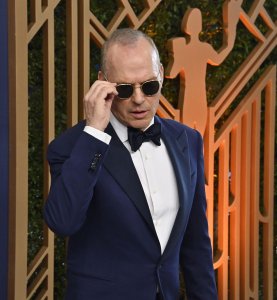 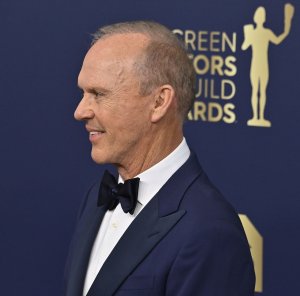 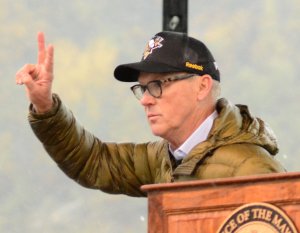 Movies // 1 week ago
'Batgirl' movie will not be released
Warner Bros. has decided not to release its 'Batgirl' movie, which was already in post-production on a $90 million budget, in theaters or streaming .

Entertainment News // 4 months ago
Peabody Awards: 'Dopesick,' 'Yellowjackets' among 2022 nominees
"Dopesick," "Yellowjackets," "Only Murders in the Building," "Summer of Soul" and other media are nominated at the Peabody Awards.

U.S. News // 4 months ago
'Flash' star Ezra Miller charged with harassment, disorderly conduct in Hawaii
Ezra Miller, who plays The Flash in the superhero movie of the same name set for release next year, was arrested in Hawaii early Monday following an incident at a karaoke bar.

It's bare bones. I'm just being an actor. I'm a guy who got hired to be this character and show up in the morning and go to work. That's it

It's because it's fun, and also I like the challenge

Michael John Douglas (born September 5, 1951), better known by the stage name Michael Keaton, is an American actor known for his early comedic roles, most notably his breakout performance as the title character of Tim Burton's Beetlejuice (1988). Keaton is also famous for his dramatic portrayal of Bruce Wayne/Batman in Tim Burton's Batman (1989) and Batman Returns (1992). He has since appeared in various other films, including Pixar's Cars (2006) and Toy Story 3 (2010).

Keaton, the youngest of seven children, was born in Coraopolis, Pennsylvania, and lived in Robinson Township, Allegheny County, Pennsylvania. His father, George A. Douglas, worked as a civil engineer and surveyor, and his mother, Leona Elizabeth (née Loftus), a homemaker, came from a Scots-Irish community in McKees Rocks, Pennsylvania. Keaton was raised in a large Catholic family and attended Montour High School in Pennsylvania. He studied speech for two years at Kent State before dropping out and moving to Pittsburgh.

An unsuccessful attempt at stand-up comedy led Keaton to working as a TV cameraman at public television station WQED (TV) in Pittsburgh. Keaton first appeared on TV in the Pittsburgh-based public television programs, including "Where the Heart Is" and Mister Rogers' Neighborhood (1975), as one of the "Flying Zucchini Brothers." He also served as a full-time production assistant on the show. (In 2004, following Fred Rogers' death, Keaton hosted the PBS memorial tribute program, Fred Rogers: Everybody's Favorite Neighbor.) Keaton also worked as an actor in Pittsburgh theatre; he played the role of Rick in the Pittsburgh premiere of David Rabe's Sticks and Bones with the Pittsburgh Poor Players.

FULL ARTICLE AT WIKIPEDIA.ORG
This article is licensed under the GNU Free Documentation License.
It uses material from the Wikipedia article "Michael Keaton."