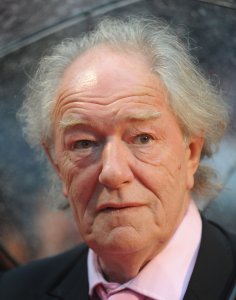 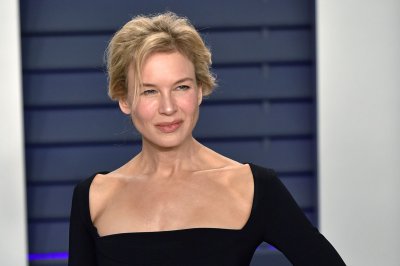 Movies // 1 year ago
'Judy': Renee Zellweger sings as Judy Garland in first trailer
Renée Zellweger performs the "Wizard of Oz" song "Somewhere Over the Rainbow" in a preview of the Judy Garland biopic "Judy."

Movies // 2 years ago
J.K. Rowling claps back over Dumbledore uproar
Writer J.K. Rowling addressed via Twitter criticism that the next "Fantastic Beasts" movie will not feature an openly gay Dumbledore played by Jude Law.

Movies // 3 years ago
Ian McKellen explains why he refused Dumbledore role
"Lord of the Rings" star Ian McKellen said he turned down "Harry Potter" after Richard Harris' death because the late actor didn't approve of him.

Entertainment News // 3 years ago
Netflix December 2016: What's coming and going
Coming and going from Netflix in December 2016: Sure, you've got mashed 'taters for Thanksgiving, and probably for a few days after. But if you want some of them French-fried 'taters a la "Sling Blade", you're running out of time. "MMMM-hmmm."

Movies // 3 years ago
J.K. Rowling discusses possible Grindelwald-Dumbledore romance
J.K. Rowling offered a few more details about how Dumbledore will be portrayed in the "Harry Potter" prequels "Fantastic Beasts and Where to Find Them."

Top News // 3 years ago
The Almanac
On Oct. 19, 2005, a defiant Saddam Hussein pleaded innocent as he went on trial in Baghdad on charges of murder and torture.

Sir Michael John Gambon, CBE (born 19 October 1940) is an Irish actor who has worked in theatre, television and film. A highly respected theatre actor, Gambon is recognised for his role as Philip Marlow in the BBC television serial The Singing Detective and for his role as Albus Dumbledore in the Harry Potter film series, replacing the late actor Richard Harris.

Gambon was born in Cabra, Dublin during World War II. His father, Edward Gambon, was an engineer, and his mother, Mary (née Hoare), was a seamstress. His father decided to seek work in the rebuilding of London, and so the family moved to Mornington Crescent in North London, when Gambon was five. His father had him made a British citizen - a decision that would later allow Gambon to receive an actual, rather than honorary, knighthood and CBE (although, under the British Nationality Act 1981 anyone born in Ireland before 1949 can still register as a British subject and, after five years' UK residence, as a British citizen).

Brought up as a strict Roman Catholic, he attended St Aloysius Boys' School in Somers Town and served at the altar. He then moved to St Aloysius' College in Hornsey Lane, Highgate, London, whose former pupils include Peter Sellers and Joe Cole. He later attended a school in Kent, before leaving with no qualifications at fifteen. He then gained an apprenticeship with Vickers Armstrong as a toolmaker. By the time he was 21 he was a fully qualified engineer. He kept the job for a further year - acquiring a fascination and passion for collecting antique guns, clocks, watches, and classic cars.

FULL ARTICLE AT WIKIPEDIA.ORG
This article is licensed under the GNU Free Documentation License.
It uses material from the Wikipedia article "Michael Gambon."
Back to Article
/