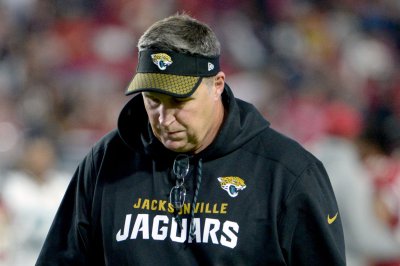 NFL // 2 years ago
Injuries continue to pile up for shorthanded Jaguars
Injuries happen in professional football. It's a part of the game that everyone accepts as just being another element in what makes the sport so appealing. 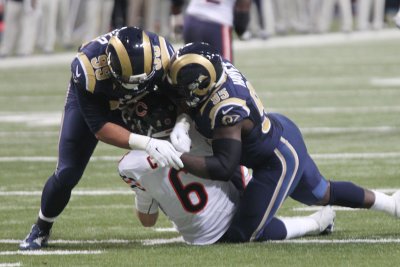 Sports News // 4 years ago
J.T. Barrett, Curtis Samuel lift No. 5 Ohio State in rout of Maryland
For the second week in a row, Ohio State crushed a Big Ten opponent.

The search warrant says they can continue as long as they need to, as long as it's an active search

Michael Dunn (October 20, 1934 – August 30, 1973) was an American actor and singer who shunned the usual "cute" typecasting of dwarf actors and sought serious roles requiring dramatic skill. He was a trailblazer who ultimately inspired a generation of dedicated actors with extreme short stature, including Zelda Rubinstein, Mark Povinelli, and Ricardo Gil.

Michael Dunn suffered from medical dwarfism, a result of spondyloepiphyseal dysplasia (SED, subtype unknown), a genetic defect of cartilage production caused by a mutation in the COL2A1 (type II collagen) gene. This disorder, classified as a skeletal dysplasia, caused distorted development of his limbs, spine, and ribcage and led to early, widespread osteoarthritis and constricted lung growth. As an adult, he stood 3' 10" and weighed about 78 pounds (117 cm, 35 kg). During Dunn's lifetime, his condition was described by the nonspecific term "progressive chondrodystrophy," or alternatively as "achondroplasia," a term that now refers specifically to a skeletal dysplasia caused by a defect in the gene for fibroblast growth factor receptor 3.

He was born as Gary Neil Miller to Jewell Miller (née Hilly) and Fred B. Miller of Fargo, Oklahoma in Shattuck, Oklahoma, during the time of the Dust Bowl drought. He chose his stage name in order to differentiate himself from another Gary Miller in Screen Actors Guild. ("Dunn" was his maternal grandmother's maiden name, but his reason for choosing "Michael" is unknown and not derived from his monastic experience in 1958.) He was an only child. When he was four, his family moved to Dearborn, Michigan.

FULL ARTICLE AT WIKIPEDIA.ORG
This article is licensed under the GNU Free Documentation License.
It uses material from the Wikipedia article "Michael Dunn."
Back to Article
/