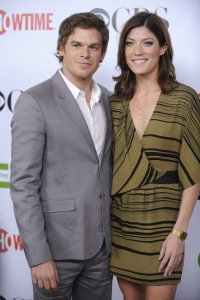 Entertainment News // 2 weeks ago
What to stream this weekend: 'Dickinson,' 'American Gods'
Season 2 of "Dickinson," Season 3 of "American Gods," "Marvel Studios: Legends," a Fran Lebowitz documentary and a David Bowie special are some of the entertainment options streaming this weekend.

Music // 2 weeks ago
David Bowie single album released on late singer's birthday
David Bowie's covers of John Lennon's "Mother" and Bob Dylan's "Tryin' to Get to Heaven" were released on what would have been his 74th birthday. 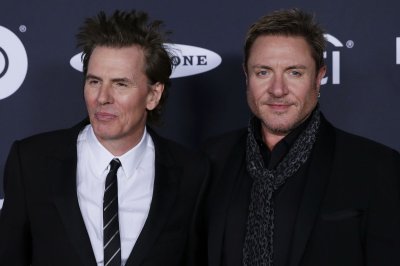 TV // 3 months ago
Showtime says 'Dexter' is returning for limited series
Showtime announced Wednesday it is reviving its serial-killer drama "Dexter" for a limited series.

TV // 4 months ago
CanneSeries 2020 lineup includes 'Truth Seekers,' 'Call My Agent!'
The 2020 CanneSeries television festival released the full lineup for its third annual event on Tuesday, which will feature the premieres of Amazon's "Truth Seekers" and Season 4 of Netflix's "Call My Agent!"

Top News // 11 months ago
The Almanac
On Feb. 1, 2003, the space shuttle Columbia broke apart during its descent over the southwestern United States. All seven astronauts aboard were killed.

Thank you so much to our union for this recognition

Michael C. Hall (born February 1, 1971) is an American actor whose television roles include David Fisher on the HBO drama series Six Feet Under and Dexter Morgan on the Showtime series Dexter. In 2009, Hall won a Golden Globe award and a Screen Actors Guild Award for his role in Dexter.

Hall was born in Raleigh, North Carolina. His mother, Janice Styons Hall, is a high school guidance counselor in Wake Forest, and his father, William Carlyle Hall, worked for IBM. Hall grew up an only child, a sister having died in infancy before his birth. He has said of growing up a single child, that "There was a very one-on-one, immediate family relationship, my mom and I". His father died of prostate cancer in 1982, when Hall was 11 years old. In a 2004 interview, he stated

Hall attended Enloe High School in Raleigh, graduating in 1989. He graduated from Earlham College in 1993 and had planned to become a lawyer. He later attended New York University's Master of Fine Arts program in New York City.

FULL ARTICLE AT WIKIPEDIA.ORG
This article is licensed under the GNU Free Documentation License.
It uses material from the Wikipedia article "Michael C. Hall."
Back to Article
/