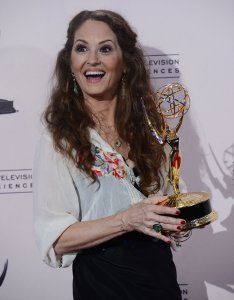 Entertainment News // 2 years ago
What to stream this weekend: 'SNL' season finale, 'Dead to Me' S2
The "Saturday Night Live" Season 45 finale, the Season 2 premiere of Netflix's "Dead to Me" and a second installment of "Disney Family Singalong" are just some of the entertainment options available this weekend.

Movies // 2 years ago
Netflix spending a game-changer for Hollywood features
With the upcoming premiere of Martin Scorcese's "The Irishman" slated for Sept. 27, streaming giant Netflix once again is at the forefront of feature film conversation in Hollywood.

What a thrill and an honor... Thank you so much to the Broadcast Film Critics

Melissa Chessington Leo (born September 14, 1960), also known as Margaret May II or Margaret May, is an American actress. After appearing on several television shows and films in the late '80s, her breakthrough role came in 1993 as Det. Sgt. Kay Howard on the television series Homicide: Life on the Street for the show's first five seasons from 1993–1997. Having previously been a regular on All My Children and The Young Riders, her breakthrough film role was in the 2003 film, 21 Grams.

Leo was born in Manhattan, New York City, New York, the daughter of Peggy (née Chessington), a California-born teacher, and Arnold Leo, an editor at Grove Press, fisherman, and spokesman for the East Hampton Baymen's Association. Leo was raised on the Lower East Side of Manhattan and spent summers at her father's house in Springs, a section of East Hampton, N.Y. She is a former resident of Putney, Vermont and now lives in Stone Ridge, New York. She has a son with actor and former boyfriend John Heard named John Matthew Heard (born 1987) and years later adopted Adam (born 1984).

FULL ARTICLE AT WIKIPEDIA.ORG
This article is licensed under the GNU Free Documentation License.
It uses material from the Wikipedia article "Melissa Leo."