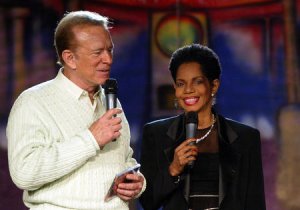 Born Melba Hill to Alabamian musicians, Moore attended Newark Arts High School in Newark, New Jersey. Her mother, Bonnie Davis had a #1 R&B hit with "Don't Stop Now", prior to Melba's birth. Although her biological father was legendary Big Band leader and saxophonist Teddy Hill, it was her stepfather, pianist Clement Moorman (who played on "Don't Stop Now") who became a prime influence and encouragement in Moore's musical pursuits and talent, insisting she learn to play the piano. Initially, Moore graduated from college and worked as a music teacher, but soon opted to switch careers.

Moore began her performing career in 1967 as a member of the original cast of the musical Hair along with Ronnie Dyson and Diane Keaton. Moore replaced Keaton, the first ever instance of a black actor replacing a white actor in a leading role on Broadway. In 1970, Moore won a Tony Award for Best Performance by a Featured Actress in a Musical for her role in Purlie (she portrayed Lutiebelle). In 1978 she appeared (as Marsinah) with Eartha Kitt in Timbuktu!, but left the show after a few weeks. She was replaced by Vanessa Shaw.

FULL ARTICLE AT WIKIPEDIA.ORG
This article is licensed under the GNU Free Documentation License.
It uses material from the Wikipedia article "Melba Moore."