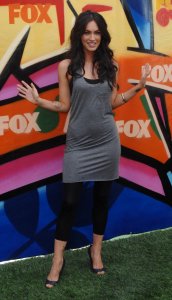 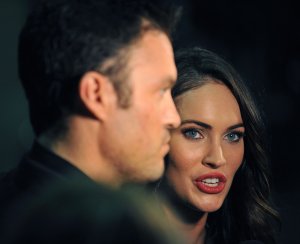 Entertainment News // 4 months ago
Megan Fox says Michael Bay never 'preyed upon' her
Megan Fox discussed her experiences with Michael Bay after a past interview sparked backlash against the "Bad Boys II" and "Transformers" director.

Entertainment News // 1 year ago
Megan Fox to star in new South Korea Korean War movie
Actress Megan Fox is starring in a new South Korean film about the 1950-53 Korean War and a little known battle that would turned the tides of war.

TV // 1 year ago
'BH90210' reboot finds comedy in cast's legacy
"Beverly Hills 90210" ended in 2000 with the characters past high school, so a 2019 reboot showing them as adults would make sense, but stars Tori Spelling and Jennie Garth weren't interested in a traditional reboot.

Music // 1 year ago
SHINee's Key, Minho to enlist in military in spring
K-pop stars Key and Minho will begin their mandatory military service in March at the earliest.

Megan Denise Fox (born May 16, 1986) is an American actress and model. She began her acting career in 2001 with several minor television and film roles, and played a recurring role on Hope & Faith. In 2004, she launched her film career with a role in Confessions of a Teenage Drama Queen. In 2007, she was cast as Mikaela Banes, the love interest of Shia LaBeouf's character in the blockbuster film Transformers which became her breakout role. Fox reprised her role in the 2009 sequel, Transformers: Revenge of the Fallen. Later in 2009, she starred as the titular lead character in the film Jennifer's Body.

Fox is considered a sex symbol and frequently appears in men's magazine "Hot" lists, including ones from Maxim and FHM readers. In 2004, Fox began dating Brian Austin Green, of Beverly Hills, 90210 fame, after reportedly having met on the set of Hope & Faith. They were involved in an on-again, off-again relationship, before marrying in June 2010.

Fox is of Irish, French, and Native American ancestry, and was born in Oak Ridge, Tennessee to Darlene Tonachio and Franklin Fox. She was raised Roman Catholic and attended Catholic school for 12 years. Fox's parents divorced when she was young and she and her sister were raised by her mother and her stepfather, Tony Tonachio. She said that the two were "very strict" and that she was not allowed to have a boyfriend or invite friends to her house. She lived with her mother until she made enough money to support herself.

FULL ARTICLE AT WIKIPEDIA.ORG
This article is licensed under the GNU Free Documentation License.
It uses material from the Wikipedia article "Megan Fox."
Back to Article
/