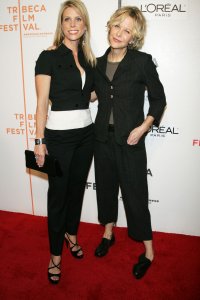 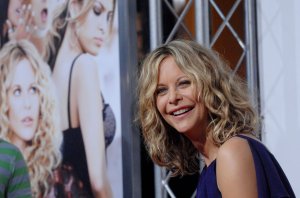 Margaret Mary Emily Anne Hyra (born November 19, 1961), professionally known as Meg Ryan, is an American actress and producer. Raised in Bethel, Connecticut, Ryan began her acting career in 1981 in minor roles, before joining the cast of the CBS soap opera As the World Turns in 1982. Subsequently, she began to appear in supporting roles in big screen films during the mid-1980s, achieving recognition in several independent films such as Promised Land (1987), before her performance in the Rob Reiner-directed romantic comedy When Harry Met Sally... (1989) brought her widespread attention and her first Golden Globe nomination.

In the 1990s, Ryan starred in a string of popular romantic dramas and comedy films, including Sleepless in Seattle (1993), French Kiss (1995), Addicted to Love (1997), City of Angels (1998), and You've Got Mail (1998), grossing a total of over $870 million worldwide. At that time, TIME critic Richard Corliss called her "the current soul of romantic comedy." In addition to these romantic comedy roles, she garnered critical acclaim for her work in When a Man Loves a Woman (1994), in which she played an alcoholic, and in Courage Under Fire (1996), portraying a captain in the Gulf War.

Ryan (nee Hyra) was born in Bethel, Connecticut, the daughter of Susan Jordan (nee Duggan) – a former actress and English teacher – and Harry Hyra, a math teacher. Both Susan and Harry were raised in Fairfield, Connecticut. Harry was an all state basketball player. Ryan's mother had appeared in one television commercial and later worked briefly as an assistant casting director in New York City. She supported and encouraged her young daughter's study of acting. Ryan has two sisters, Dana and Annie, and a brother, musician Andrew Hyra, of the band Billy Pilgrim. Her parents divorced in 1976, when she was 15 years old.

FULL ARTICLE AT WIKIPEDIA.ORG
This article is licensed under the GNU Free Documentation License.
It uses material from the Wikipedia article "Meg Ryan."
Back to Article
/