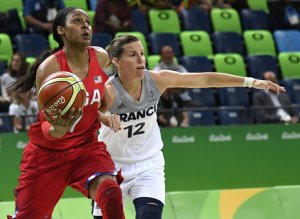 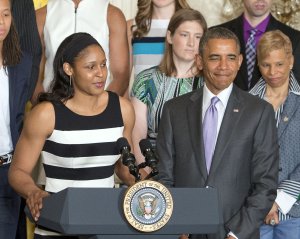 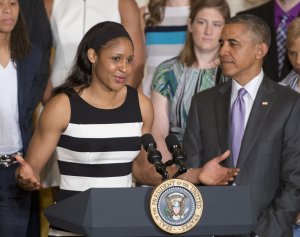 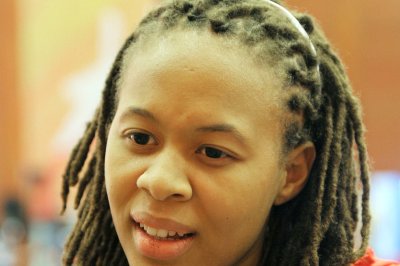 Sports News // 2 years ago
WNBA's Maya Moore: 'The demand is real for our game'
Maya Moore says change is coming and the "demand is real" for the WNBA. She also spoke about the balance of being a citizen and a basketball star.

Sports News // 3 years ago
WNBA All-Star Game: Maya Moore helps power West
The future of the WNBA looks to be in good hands if Saturday's All-Star Game is any indication. 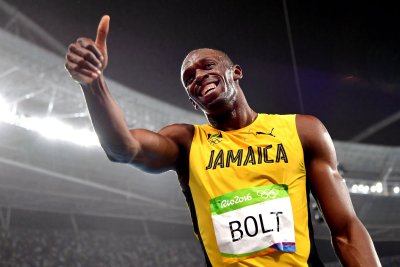 Maya April Moore (born June 11, 1989) is an American basketball forward for the Minnesota Lynx of the WNBA, and the winner of the 2006 and 2007 Naismith Prep Player of the Year. She was selected as the John Wooden Award winner in 2009 after leading Connecticut to the undefeated national championship. The following season, Moore led Connecticut to capture its second national championship and continued its overall undefeated game-winning streak at 78; in the 2010–11 season, she led the Huskies to extend that streak to an NCAA both-gender record (all divisions) of 90.

Maya April Moore was born on June 11, 1989 in Jefferson City, Missouri. She is the daughter of Mike Dabney, a guard on the Rutgers University men's basketball team that reached the final four 1976, and Kathryn Moore. Moore had her first exposure to basketball at the age of three. Her mother mounted a hoop on the back door of their apartment to prevent her from running around the apartment.

FULL ARTICLE AT WIKIPEDIA.ORG
This article is licensed under the GNU Free Documentation License.
It uses material from the Wikipedia article "Maya Moore."
Back to Article
/