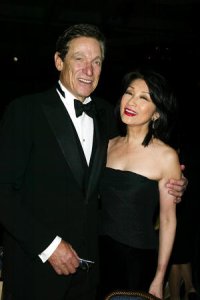 That is being very creative, and sometimes you have to be creative when you have a lot of social issues

That is being very creative, and sometimes you have to be creative when you have a lot of social issues

Bashir spent eight minutes on that, but what was left out was a comment by Michael that, if it wasn't for his father, he wouldn't be where he was, that his dad was a genius

One part that was edited out (by Bashir) is that Michael says, in defending why he took his kids to the zoo, that he was told the zoo would be closed

Maury Povich is the son of Washington Post sportswriter Shirley Povich and Ethyl Povich born 1902 (died 2000) and was the second of three children. Shirley Povich wrote in his autobiography that his father Nathan Povich immigrated from Lithuania to the United States in 1878; Nathan was 12 at the time. Maury Povich graduated from the Landon School in 1957 and the University of Pennsylvania in 1962 with a degree in television journalism. From 1962 to 1979, Povich was married to Phyllis Minkoff. Povich later married news anchor Connie Chung in 1984, whom he met while working in the news department at WTTG-TV in Washington. With Minkoff, Povich had two daughters, Susan and Amy; in 1995, Povich and Chung adopted a son, Matthew Jay Povich.

Not long after graduation, Povich got his first job on Washington, D.C. radio station WWDC, where he did publicity and worked as a reporter. By 1966, Povich became a news reporter and sportscaster for DC television station WTTG-TV. In 1967, he became the original co-host of the station's popular midday talk show, Panorama, which brought the rising star widespread acclaim and national recognition. From 1977 to 1983, he worked as a news anchor at stations in Chicago, Los Angeles, San Francisco and Philadelphia. He finally returned to Washington, D.C., in June 1983.

FULL ARTICLE AT WIKIPEDIA.ORG
This article is licensed under the GNU Free Documentation License.
It uses material from the Wikipedia article "Maury Povich."
Back to Article
/